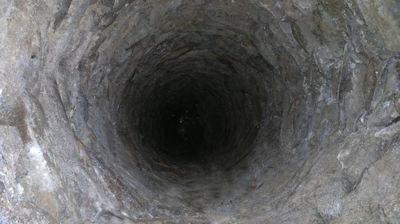 “Ouija”: A Gateway To Darkness

I was driving around with some teenagers from the local high school when they started talking about Ouija boards. When asking them why they were discussing that subject I was told there was a movie coming out. The movie, “Ouija” is opening in theaters October 24, 2014. It is summed up this way: “A group of friends must confront their most terrifying fears when they awaken the dark powers of an ancient spirit board” and is based on a true story. Teens, this is a movie you should determine not to go to. Especially, those of you who are Christians must have nothing to do with it. Every youth pastor in America and any other country where it is being shown needs to be warning their young people of its dangers.

Don’t use the reasoning that the movie is just entertainment. For one thing, movies can sew seeds in your thought life, and Christians, you are feeding the flesh with Satanic influence.  Ouija boards are real and can be easily  obtained.  However, they do have satanic power, can hook you into the occult, and destroy your faith.

Consider the story of Annie Meadows, who grew up in a Christian home. When she was five or six, she began playing with an Ouija board and tapping into the powers of the spirit world. She became obsessed with it and started reading books on witchcraft. That led to black magic, fortune telling, and predicting events which came true. She became a real witch with all the powers. Later in her life, Annie came to a point where she repented of her ways, and went to a desert to burn every single piece of occult paraphernalia she had. She is now an author, Gospel singer, and soon to be a member of the writing staff here at the Bottom Line Ministries.

Teenagers, there is a real satanic kingdom with a real devil, and he will do whatever he can to draw you into it. There is real demon possession. Real counterparts to the characters and practices of witchcraft written about in books like Harry Potter,  and portrayed at Halloween, do exist. There is spiritual warfare going on in your life and mind. The Bible describes it this way in Ephesians 6:12. “For our struggle is not against flesh and blood, but against the rulers, against the powers, against the world forces of this darkness, against the spiritual forces of wickedness in the heavenly places.”  The Gospels of Matthew, Mark, and Luke have story after story of Jesus casting out evil spirits. There are many verses in the Old and New Testaments that forbid having anything to do with satanic practices.

For your own good, do not even consider attending the showing of this movie.

John Livingston Clark is 67 years of age and lives in central Washington State. He has written two published books, and two published poems. His initial book is called, " God's Healing Hope: Breaking the Strongholds of Wrong Thinking." His second book, released in December of 2016, is a motivational book written to seniors titled, " Seniors: Are You Retiring or Recharging?" Both books are available on amazon. You can also view his writings on www.faithwriters.com. John is available to speak on a variety of topics. Visit me at jclarkministries.com
Previous Light is Always Greater than Darkness
Next What’s He Looking At?