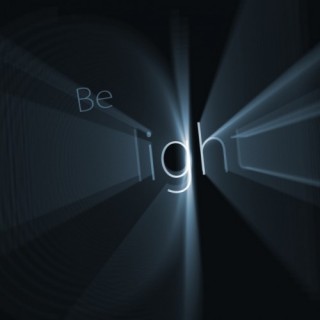 Light is Always Greater than Darkness

Have you ever considered that the first specific act of God recorded in Scripture was to send light into darkness?

The Bible records it this way in Genesis 1:1-3: In the beginning God created the heavens and the earth. The earth was without form, and void; and darkness was on the face of the deep. And the Spirit of God was hovering over the face of the waters. Then God said, “Let there be light”; and there was light.

The earth was empty, formless, and dark; then God sent His Word: “Let there be light.” God has been sending light into the darkness ever since that first day of creation. Many years later, God looked at the darkness of the world and sent His Word again:

In the beginning was the Word, and the Word was with God, and the Word was God…In Him was life, and the life was the light of men. And the light shines in the darkness, and the darkness did not comprehend…the true Light which gives light to every man coming into the world…And the Word became flesh and dwelt among us, and we beheld His glory, the glory as of the only begotten of the Father, full of grace and truth.”
(John 1:1, 2, 9, 14)

Jesus came into the world as the Word made flesh. He came as the Light, to redeem mankind from sin and deliver them from the kingdom of darkness.

When darkness and light clash, light always wins. In a dark room, turn on the light and the darkness flees. Darkness can only exist in the absence of light; and the brighter the light, the lesser the influence of darkness.

We are assured that the One who is in us is greater than the one in the world (see 1 John 4:4). We don’t have to be afraid of the darkness, the devil, or the world system. Though we should not be flippant in our spiritual warfare, we have confidence that we are fighting from victory.

Yes, the world is a dark place. But God is in the business of sending His light into the darkness. Let’s rise up and be the light of the world that we are called to be!

Jake Kail is a teacher, author, and speaker who is passionate for the kingdom of God. He was called into ministry during his college years, after a life-changing encounter with God. The focus of his ministry is on teaching and equipping believers, strengthening local churches, and seeing awakening and restoration come to the church. He also ministers often in the area of deliverance from evil spirits, seeing people set free from bondage, torment, and oppression. Jake is the author of three books: Restoring the Ministry of Jesus, Can a Christian Have a Demon?, and Abiding in the Vine. He speaks at churches, retreats, conferences, and other venues. Jake lives with his wife and family in Lancaster, PA where he serves on the pastoral team at Threshold Church. Check out Jake’s website and blog here: http://www.jakekail.com.
Previous Are You Chasing the Wind?
Next “Ouija”: A Gateway To Darkness