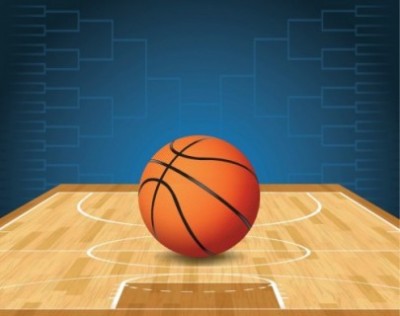 The Madness of March

Official brackets are being updated as recent scores are recorded. Live streaming of not to be missed games are slowing down the Internet. Even a “Boss Button” has been made to conceal the action taking place. Adding all of the above components, one can only come to the same conclusion-it must be March Madness!

What exactly is all of this craziness about? Beginning the second week in March through the first week in April, the Nation is brought together to focus in on one sport in particular, basketball. The National Collegiate Athletic Association (NCAA) invites 68 collegiate teams to contend tournament style for the grand prize-National Champion.

Divided into three divisions based upon each division’s specific set of rules on how to enter into the tournament, teams are then selected by a committee. Much like a jury system, the committee determines who to invite by using specific criteria such as: national pole rankings, conference records, road record, wins vs ranked opponents, and how a team’s regular season finished. If the members of the committee are in agreement, then a team is invited to compete. From there, the teams are split into pods and seeds in single-elimination format. As the matches begin, so does the madness spiraling down into the “sweet 16”, narrowing even further into the “Final Four”, and ultimately setting the stage for the Championship Game.

March Madness has the ability to create an atmosphere of camaraderie. During this time of events, even those who lack passion for the sport join the bandwagon cheering on in hopes of a win for the underdog.The idea of people cheering each other on in unity makes me imagine what it would have been like walking along side the disciples. I can just hear the chatter amongst them.

“Did you hear what Peter did with that lame beggar? He told him that he didn’t have any money to give him, but instead he said ‘stand up and walk in the name of Jesus’. You should have seen the look on the beggar’s face!”

“That is amazing. Go, Peter! Way to show him the power of Jesus!”

Through all of the wins and losses, the disciples were united in their mutual goal-to spread the good news about Jesus in order to further God’s kingdom. They ate together, prayed together, and took on each other’s burdens. If one member of the body mourned, so did the rest, but together they rejoiced as one knowing that their purpose on earth was for something greater than themselves.

While the madness of March begins to come to a close, all we will be left with are temporal memories. On the other hand, the disciples changed lives. Not caring whether they would ever see a prayer answered, their minds were fixed on far greater rewards, which were of an eternal value.

As much fun as it is watching the games unfold and teams advance, can you imagine attending the championship banquet in heaven and hearing not only the angles cheering, but also having the Father himself say, “Well done, my good and faithful servant.” What a joyous celebration that will be!

Have you thought much about how God has called you to His team? Have you accepted your position or are you merely sitting along the sidelines watching everyone else score the points?

is an author and editor for The Bottom Line Ministries as well as a member of Faith Writers. Currently she teaches high school language arts. She is a mom to four amazing blessings and enjoys every moment life has to offer. Renee has a fervor and drive to learn, she loves to read and spend time with her family, and is involved with her local church ministries. Humbled by God’s gift of words, she has a passion to write what the Holy Spirit has placed in her heart. She hopes to publish her in-progress book someday, but in the meantime, is honored to be placed as part of the TBL writing family and is holding on to the ride wherever God is leading. Renee and her family reside in their country home in Holland, Iowa.
Previous Challenges To Good Relationships
Next Teens: Set Eternity In Your Hearts