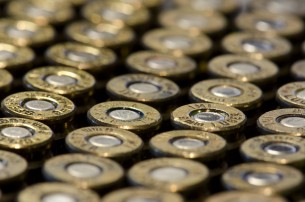 A Biblical Response to Gun Violence

Perhaps the repeated incidents of school shootings, workplace violence, and irresponsible gun ownership are a few of the reasons the gun control issue doesn’t seem to go away. The carelessness or intentional actions of these gunmen are tragedies and no matter which side of the ideological aisle you come down on, everyone condemns such violence.

There are laws that address gun crimes to hold those who commit them accountable. We’ve heard the saying, “Guns don’t kill people. People kill people.” However, those in favor of increased gun control (restriction), could argue: remove the gun and there would be no gunfire. No gunfire = no gun violence. This is a valid argument. The debate is not that simple.

Our founding fathers added that pesky 2nd Amendment, the right to bear arms, to our Constitution. As citizens, we have the right to keep and bear arms. In other words, Pistol Pete has this right whether
Anti-gun Annie likes the idea of her neighbor owning guns or not. He could lose his right to possess a firearm if he violates the law. But Pete is a law-abiding citizen so he has nothing to worry about. Or does he?

Some view gun control as nothing more than a political issue. There is infinitely more at stake than scoring political points. People have died and lives have been destroyed by gun violence. Those seeking to eradicate them from society believe they are helping to solve the problem.

The vast majority of those who “cling to their guns,” and stand up for their 2nd Amendment rights are not criminals seeking to reek havoc on society. They are sportsmen, hunters and antique collectors; they are people who seek protection from those who are trying to harm them or those they love. To restrict their right to possess a firearm is to equate gun ownership with criminal behavior.

The 2nd Amendment, however, is not about hunting or sharpshooting, or even personal protection. The right to keep and bear arms is included in the Constitution to enable the citizenry to defend itself against an oppressive government and tyranny.

Amendment II
“A well regulated militia, being necessary to the security of a free state, the right of the people to keep and bear arms, shall not be infringed.” (emphasis added)

This right was included because the Founding Fathers knew if they wanted to be free they would need to be able to fight for and defend their freedom to govern themselves. It was about fighting for freedom to determine their own destiny instead of allowing a king to dictate to them how they were to live their lives and conduct their business.

Criminalizing all gun owners because criminals use guns will not eliminate violence. Law-abiding citizens are the only ones who care about laws. Criminals do not. Those who become violent can do so without the use of a firearm. It will not improve society to create a class of defenseless citizens.

Second Amendment supporters should consider how far they are willing to go to hold on to this right. Tyranny will not happen overnight. It will happen as a result of the subtle steps the people allow the government to take. Rules handed down by appointed regulatory committees have begun to take precedence over laws passed by our elected representatives (the people.) Could this be considered tyranny? Do we have patriots today who will take a stand against tyranny?

Numbers 32:6  “Do you intend to stay here while your brothers go across and do all the fighting?” Moses asked the men of Gad and Reuben. (NLT)

When and if the day comes, would it be wrong to rebel against authority if those in power disregard our Constitution?

1Timothy 2:1-4   “I urge you, first of all, to pray for all people. Ask God to help them; intercede on their behalf, and give thanks for them. Pray this way for kings and all who are in authority so that we can live peaceful and quiet lives marked by godliness and dignity. This is good and pleases God our Savior, who wants everyone to be saved and to understand the truth. (NLT, emphasis added)

Fight for freedom or submit to authority–which is the Biblical response?

Melinda is currently the worship leader at her small church in rural America. Married for 23 years, she and her husband Larry have one son. She is the Director of Mailing in the print/mailing industry by day and freelance author by night. Her desire to write is a passion borne from tragedy. God used it to take her faith to a much deeper level. Melinda is a freelance writer and member of FaithWriters. She joined the TBL team in March 2014. Believing we are citizens of a greater ‘kingdom,’ her articles for The Bottom Line examine governmental responsibility, citizen involvement and current political topics. With the great wisdom contained in scripture as her guide, she looks at today’s political environment from a Biblical perspective. She prays her words will prompt the reader to view citizenship - and every aspect of their life, through the eyes of faith. Col 3:17 To read more of Melinda’s writings on her faith, hope, and life visit her blog Still Living Still Loving or her page at Faithwriters.com. You can also follow her on Twitter @MKZbk.
@@MKBzk
Previous Hope is A Choice
Next Tired of Trying to Hold it all Together?