Breaking News
Home / Faith / A Message For Humanity–Unite For Liberty? 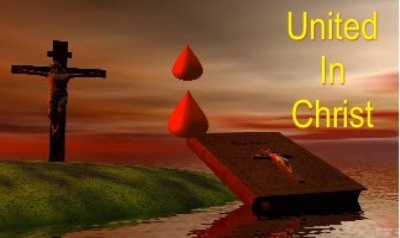 A Message For Humanity–Unite For Liberty?

I recently watched a video of Charlie Chaplain’s speech now called “A Message For Humanity” made in the movie, The Great Dictator. Mr. Chaplain calls for all humanity to unite for liberty instead of slavery. God has a message for humanity. It is called—the Bible!

I am becoming more and more troubled by the humanistic messages we hear from the leaders of our nation and behind many of our pulpits telling us that somehow man can better himself. Are we compromising the Word of God in the name of improving man’s condition?

The message Mr. Chaplain gave us is that man has the power to free himself from what troubles him. He talks about the greed, the self-serving interests, and the hunger for power that is plunging our world into a most destructive path. Charlie Chaplain then finally says, “I don’t want to be an emperor anymore.”

We live in a shrinking world. Technology, social media, satellites, and a growing dependence on a global economy makes what happens on the other side of the world greatly affect us. We are no longer isolated in our beliefs. We are no longer alone on an island in our thinking. A global call is going out to unite all men under one belief and with one goal—to bring peace to all mankind.

Many who profess to be Christians today, believe wrongly that man is capable of improving himself if only he will seek to help others instead of ruling over them. While this sounds like good reasoning, it comes up way short. It suggests that man has the power to rule over himself and do it in a way that helps others.

Who will rule over us is the question we all must answer. God’s Word says all of man’s efforts to improve himself are fruitless. Everything is vanity. Man’s pride will never cease to rule over him unless a supernatural work of God changes his heart letting God then rule him.

Chaplain said, we have lost our way. He was right in that much, but he had no understanding that Christ is the only way. This belief that anything good can be found in man is a lie. Many today believe if we just get rid of the broken system that uses men and then destroys them, then all will be better. That too is a lie. Man’s pride will always get in the way.

It is the same lie Satan used in the Garden. Are we still believing in Satan’s lies today–even in many of our churches?

Sin is what is destroying man. Sin rules him. It will forever rule him until God gives him a new heart that desires God’s rule. Only in Christ can true liberty and freedom be found. It is foreign to man’s thinking that true freedom is found in giving the rule of himself up to God.

How can you give more rule of yourself to God making you more free in Jesus?

And those He has set free are free indeed

I am a layperson with 35 yrs. of teaching Sunday School, bible studies, and preaching on occasion. I teach a bible study in a local prison. I am a 36 yr. counselor/social worker. I am disabled and have devoted the past four years to studying, praying, and writing about my greatest love; this gospel of Jesus Christ that has the power to save a man's soul. I also write devotions for a Church in Marion, VA and I write for an orphanage/ministry in Zambia, Africa.
Previous Give Your Parents a Thumbs-Up
Next Where Do I Go From Here?