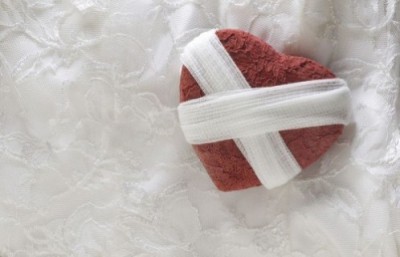 A Strong Case for Christian Divorce and Remarriage

Friends, today I’m going to do my absolute best to try to cover one of the toughest topics plaguing Christian relationships today. The material I am covering is highly controversial, but I believe everything I am about to share has a strong biblical foundation. So please explore with me what I believe to be a strong case for Christian divorce and remarriage.

The Response of Jesus to Moses

Let’s start out by taking a look at one of the most controversial scriptures in the Holy Bible on this topic:

Matt 19:8-9 He saith unto them, Moses because of the hardness of your hearts suffered you to put away your wives: but from the beginning it was not so. And I say unto you, Whosoever shall put away his wife, except it be for fornication, and shall marry another, committeth adultery: and whoso marrieth her which is put away doth commit adultery.

Now it’s extremely important to understand what was going on here and why Jesus so adamantly addressed the topic at hand. Jesus was protecting the sanctity of marriage because men were putting away their wives for just any reason they felt like. Maybe their wife made them a turkey sandwich when they wanted PB&J. Men would use simple excuses to divorce their wives. So what Jesus was doing here was telling the Pharisees, that NO, a man can’t justifiably divorce his wife for any reason. It needs to be a matter of unfaithfulness.

This morning I did an intensive word study on moicheia, na’aph, and porneia. These are the three words commonly used to describe unfaithfulness in the Holy Bible. What I came to terms with is that there is a distinction made between adultery and fornication. It is also my sincere believeth that word “fornication” in Matt 19:8-9 is a metaphor for any form of unfaithfulness that genuinely compromises the sanctity of marriage. Think I’m off my rocker? Let’s look at least two scriptures that differentiate adultery from fornication.

Mark 7:21 For from within, out of the heart of men, proceed evil thoughts, adulteries (moicheia), fornications (porneia), murders.

Gal 5:19 Now the works of the flesh are manifest, which are these; Adultery (moicheia), fornication (porneia), uncleanness, lasciviousness…

As you can see in both Mark and Galatians, adultery and fornication are both categorized as works of the flesh, but not considered to be the same thing. In addition, please notice that “porneia” is the word used here for fornication which is referring to general unfaithfulness, and coincidentally is the same word used in the controversial scripture in Matthew (Matt 19:8-9).

God is a loving God, and He certainly cares about our relationships. Unfortunately, sometimes relationships, even when we have the best intent with them, don’t work out. Someone may go out an have a sexual affair with another or they may be unfaithful in other ways, such as being abusive, or committing idolatry. When these situations occur, this is a form of fornication or unfaithfulness and I believe are grounds for divorce.

Let the truth be told, God is divorced as He did this by providing Israel with a bill of divorcement when the people were unfaithful.

Jeremiah 3:8 And I saw, when for all the causes whereby backsliding Israel committed adultery I had put her away, and given her a bill of divorce; yet her treacherous sister Judah feared not, but went and played the harlot also.

Something amazing happens after this. God also provides Israel with the opportunity for restoration for their adultery and says that He will withdraw His anger against them.

We see the fulfillment of this in Romans 11:26, when He says He will save ALL Israel. So if we follow God’s example, we’ll also see that in certain circumstances restoration or grace is given to divorced individuals.

To continue my last statement about grace and restoration in certain circumstances, I would like to mention that I believe the first example of this is when the divorce is with an unbeliever. The Holy Bible is clear that a believer is NOT under bondage in such cases. If they are NOT under bondage, I see no reason why they can’t remarry and live a peaceful life with their spouse.

1 Cor 7:15 But if the unbelieving depart, let him depart. A brother or a sister is not under bondage in such cases: but God hath called us to peace.

There is a second circumstance in which I believe a person can be restored through God’s grace. This is when an unbeliever converts by accepting Jesus Christ as their Lord and Savior.

2 Cor 5:17 Therefore if any man be in Christ, he is a new creature: old things are passed away; behold, all things are become new.

If ALL things have passed away and ALL things become new, I truly believe in my heart that God will justifiably allow that person to remarry. They have been given a new birth and a new start, and all their past mistakes, including divorce and adultery, have passed away.

Friends, it is not God’s desire for man to be alone (Gen 2:18). Sure, there are some circumstances in which people can disqualify themselves from remarriage, but there are also opportunities for grace and restoration for those who would present themselves righteously. In closing, I just want to give a reminder to honor God in your relationships, especially the one you have with Him. Thank you for reading and God bless.

Do you agree or disagree with this article? I want to hear from you!

Joel M. Bauer is a 45-year-old U.S. Army Veteran from Dunn, NC, which is just outside of Raleigh. After being honorably discharged from the U.S. Army, he attended school at Taylor University, a Christian liberal arts school, in Fort Wayne, IN, where he received his BS in social work and psychology. He has worked in such places as a homeless shelter, a community based treatment center for severe mental illnesses, a school for troubled students, and other social service agencies. His current endeavor is to build The Bottom Line website into a site that inspires both Christians and non-Christians alike, and brings glory to God.
Previous Why Should I Be Still and Know God?
Next Which Father are you?