Breaking News
Home / Family / Which Father are you? 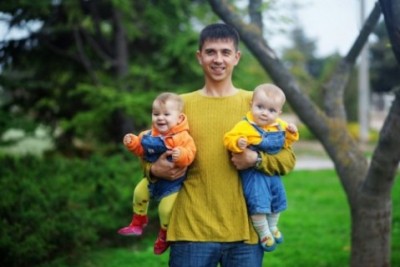 Which Father are you?

Well-rounded Dad
This is the typical nuclear home dad. This father gets the privilege of raising his children with their mother. He offers support, guidance, attention, and provision. Most times he’s a disciplinarian, yet a “softy.” He takes care of his children, but not without frequent consultations from God. (Ephesians 6:4)

Baby Daddy
This father is often more proud of his seed-bearing status than he is of his children. He’s more concern with the number of his offspring rather than building a bond with them. His children see him occasionally, and they get his provisions, but rarely his attention.

Single Father
This is the father who has decided to stand by his responsibility of child rearing, even if he’s the only parent involved. He’s not just a baby daddy, but he’s active and constantly present in his children’s lives. Although he’ll never be a mom, he works hard to give his children the best of both worlds, by making sure positive female role-models are present in their lives.

Deadbeat Dad
Little explanation is needed for this type of father. Chances are, he didn’t even accept that he’s the father. Unlike the baby daddy who at least takes ownership and make provision, a deadbeat dad does nothing. He doesn’t pay child support, he doesn’t show up, and he breaks promises. He’s more of a seed contributor than he is a dad.

Have-it-your-way Daddy
Simply put, this father is the “Yes-man” for their children. His children are never wrong and they get whatever it is they want. There’s no real disciplinary actions for their bad behavior. But the Bible speaks about that style of raising children when it warns us not to spare the rod and spoil the child. (Proverbs 13:24)

You’re probably not just one type of dad, but a combination of two or more. Maybe you’re one type of father who wishes to change or adapt some of the qualities of another type of father. Whichever it is, always strive to be the best father you can be. You’re the best example for your son to learn how to be a man. And you’re the best example for your daughter to see how a man should behave. Make every moment count.

Which father are you or which do you have? Is there another type that you would like to add to the list?

Amelia Brown is from the beautiful island of Jamaica. She is a 28 year old Guidance Counselor by profession, but a passionate writer at heart. Most of her articles written are aimed at stimulating positive change under the guidance of the Holy Spirit. She is also a published poet and a member of Faithwriters. Outside of writing, she enjoys volunteering, cooking, and turning frowns right side up. Amelia currently lives in New York.
@ameliambrown
Previous A Strong Case for Christian Divorce and Remarriage
Next Healing Properties of the Neem Tree