Breaking News
Home / Faith / An Act of Defiance For The King 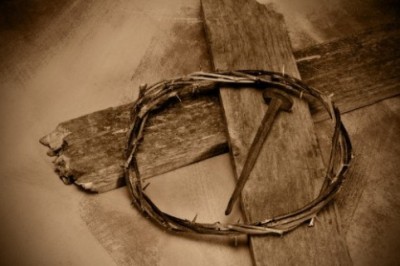 An Act of Defiance For The King

The sound of the horn, flute, zither, lyre, harp, pipes, and all kinds of music began to play precisely on cue. Instantly, all of the men, women, and children of every nation and language fell down in unison and began to worship the ninety-foot high image of gold everyone that is except the three in the distance.

“No way…How dumb can they be? Hey Cyrus. Do you see that?”

“What?” The esteemed astrologer replied in confusion.

“Over there. Out towards the edge of the kingdom. Do you not see those three men? I can’t believe it. They stick out like a sore thumb since everyone else is laying flat on the ground and they’re standing straight up.” The advisor stared in awe towards the horizon.

“What do these men think they are doing? Who do they think they are? Do they not know that they are commanded to fall down and worship the image of gold that King Nebuchadnezzar has set up whenever they hear the sound of the horn, flute, zither, lyre, harp, pipes? The wily counselor had interrupted their conversation.

“Do you want to speak to the king about this or should I?”

“It’s all yours. I do not want to deal with his temper today.” Said the advisor graciously as he stepped aside for the others to handle the situation

Moments later the astrologers and the three men stood in front of King Nebuchadnezzar.

“Umm, your majesty. Umm….I have some bad news to tell you. These three Jews have broken the rules.

“Yes my king. Not only do they keep refusing to serve your gods, but now they won’t even worship the image of gold you have set up. Do you want them to go into the furnace now or later?”

“Is this true Shadrach, Meshach, and Abednego that you find no worth in my gods or the image of gold? “

“Yes king. We refuse. Throw us into the fire if you must but know that the God we serve is able to save us from the fire if he chooses, but ask us again to bow down before your statue, and our answer will still be the same.” The three men responded with confidence.

“Okay then have it your way. Guards!! Increase the fire seven times.” So off went Shadrach, Meshach, and Abednego into the flames of fire however, they miraculously came out without even the smell of smoke on their head, clothes, or body.

This short story from the book of Daniel forces us as Christians to take a serious look at where we are in our walk with Christ especially as the fire of the world begins to heat up.

In theory, as a Christian we would stand up and not bow down in a situation that goes against the core of our beliefs. Yet so many of us do in fear of what the world will say of us.

Just visualize for a moment if you will. Here are hundreds, thousands of people who are going along their everyday routines, then boom…the music begins and instantly everyone falls to the ground except Shadrach, Meshach, and Abednego. Can you imagine the people around them? Would they be whispering, “Hey, lie down. Your’re going to get into trouble.” Or “Dude, what are you doing? You are crazy. This king is going to kill you so just lay down.” Are those the kinds of whispers we hear in our ears instead of “Be still and know that I am God.” (Psalm 46:10).

I know this is an area of struggle that I am not alone in. At times there may be an opportunity to share God’s word with someone but because of their connection to me, I may begin to question what the outcome will be instead of sharing what I believe God wants them to hear. For me, this is most difficult with a family member because you may not be taken seriously, or you may become known as the black sheep of the family, the “weird one”, or the one who judges everybody.

But, how can I say to Jesus, “I’m sorry I was too afraid that people wouldn’t like me.”

Is this type of an excuse worthy of the cross? Definitely not for the three young Jews who “got it”. They understood who they were in God’s eyes and stood up to “man” knowing full well that God’s promise, whether to rescue them from the fire or refine them in the flames, was what was meant for their lives.

Here is a reflective thought. If placed in the same position, would I chose to follow in these Jewish men’s footsteps and refuse to give in to something I do not agree with or would I be laying with my face down on the ground praising a statue with no eternal value?  Does the situation determine my decision or does my decision determine the situation?  Are we willing to stand out amongst the crowd no matter what the cost?

“16 O Nebuchadnezzar, we do not need to defend ourselves before you in this matter.  17 If we are thrown into the blazing furnace, the God we serve is able to save us from it, and he will rescue us from your had, O king.  18 But even if he does not, we want you to know, O king, that we will not serve your gods or worship the image of gold you have set up.” (Daniel 3:16-18)

is an author and editor for The Bottom Line Ministries as well as a member of Faith Writers. Currently she teaches high school language arts. She is a mom to four amazing blessings and enjoys every moment life has to offer. Renee has a fervor and drive to learn, she loves to read and spend time with her family, and is involved with her local church ministries. Humbled by God’s gift of words, she has a passion to write what the Holy Spirit has placed in her heart. She hopes to publish her in-progress book someday, but in the meantime, is honored to be placed as part of the TBL writing family and is holding on to the ride wherever God is leading. Renee and her family reside in their country home in Holland, Iowa.
Previous Loving Beyond the Norm
Next Grand Opening of the Ground Zero Memorial Museum