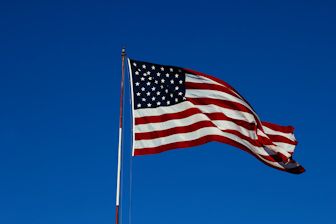 It has been 13 years since an American Airlines commercial jet flew into the north tower of the World Trade Center on September 11, 2001 at 8:46 a.m., killing thousands of Americans in a terrorist attack. There are still 1,115 victims that remain unaccounted for. On May 21, 2014, the Ground Zero Memorial Museum opened to the public. The museum, called a “sacred place of healing” by President Obama, will be opened 24 hours a day as a tribute to the round-the-clock recovery work that continued for 3 months.

Within the walls of the 700 million dollar structure are pictures and names of those who perished. A retired fireman who lost 93 of his friends in the attack was able to view them all on a section of a wall. There are also dozens of relics on display as well. One such piece is a Bible found fused to a hunk of steel and opened to a passage that warns against repaying violence with violence.

In addition to this Bible, two construction beams in the shape of a cross were found in the rubble and preserved for the exhibit as a fitting remembrance to those who perished. During the construction of the museum atheist groups were trying to get it removed. So far, thanks to the American Center for Law and Justice, the cross remains. In this case it is not a symbol of Christianity as much as it is a memorial to those who died. Of course, the cross has always been controversial according to I Corinthians 1:18. “For the word of the cross is to those who are perishing foolishness, but to us who are being saved it is the power of God.”

The museum itself has not been without controversy. Many historical sites sell merchandise to raise money for the cost of maintenance. Some people, however, believe it has gone beyond that with too much emphasis on consumerism, especially because in this case, it is on the actual site where loved ones died.

The main message, though, of the Ground Zero Memorial Museum, is that “we may never forget” the 2,977 lives lost on that dreadful day.

John Livingston Clark is 67 years of age and lives in central Washington State. He has written two published books, and two published poems. His initial book is called, " God's Healing Hope: Breaking the Strongholds of Wrong Thinking." His second book, released in December of 2016, is a motivational book written to seniors titled, " Seniors: Are You Retiring or Recharging?" Both books are available on amazon. You can also view his writings on www.faithwriters.com. John is available to speak on a variety of topics. Visit me at jclarkministries.com
Previous An Act of Defiance For The King
Next Remembering Memorial Day