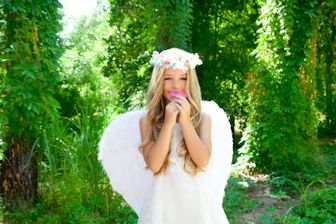 Angels: It’s Not An Easy Job

Angels: It’s Not An Easy Job

Angels are highly regarded as the “messengers of God.” They’ve carried out many a great task throughout the millennia. The remaining angels that have not fallen are tried and true servants of God. We are even told to entertain strangers because we could very well be entertaining the presence of an angel (Hebrews 13:2). How exciting!

Today, instead of telling you happy stories of angels, I’m going to tell you the other side of the story. Angels have not always had it easy, nor do they have it easy today. Let’s start towards the beginning. There was a war in heaven… Yes, you all know this story. God did not defeat Satan and his fallen angels on His own, even though He could have. He relied on his angels to fight an enormous battle in the heavens. Because of Satan’s treachery and the desire of many angels to seek power through Satan, one third of the angels were lost permanently. We can read about this account in Revelation 12:7-11.

Let’s look at another rough time angels had to face. Imagine being told by God that you’re going to go down to a city disguised as handsome men and be pursued by other men that want to have sexual relations with you against your will. In fact, the men would pursue you belligerently and attempt to break down the door of your host. Well this is what happened to the two angels that God sent to Lot. Of course we know the angels were perfectly safe, but I’m sure it wasn’t something high up on the angels’ “to-do” list. However, we know they were faithful and carried out God’s task for them. The full account can be read in Genesis 19.

Another hardship angels continue to face is the reality of wickedness within the spirit realm. We know this is no easy task for them because the Bible gives us examples of holy angels having drawn out, or careful conflict with demons. In Daniel 10:13 we find that a demon resisted an angel for an amazing twenty-one days until Michael arrived to help him. Speaking of Michael the archangel; even he approached dealing with Satan with such care when discussing Moses’ body. He simply said, “The Lord rebuke you (Jude 1:9).”

One final thing I want to mention is that angels are bound by the gospel just as it governs us. Galatians 1:8 tells us that if an angel tries to preach any other gospel than the true Gospel of Jesus Christ then they are to be accursed. You see, the Gospel of Jesus Christ is bigger than we sometimes realize and straying away or rejecting it has it dangers, even for angels.

Friends, I love angels and there are a lot of great books and stories out there that talk extensively about them and the wonderful things they do. I just wanted to write this in hopes that people would have a greater respect for them, because they’re not just miracle workers, but beings that have real challenges in their daily lives. They need our support, whether it be through prayer or considering how we should respond to that stranger we run into on the street. Thank you for reading and God bless.

Joel M. Bauer is a 45-year-old U.S. Army Veteran from Dunn, NC, which is just outside of Raleigh. After being honorably discharged from the U.S. Army, he attended school at Taylor University, a Christian liberal arts school, in Fort Wayne, IN, where he received his BS in social work and psychology. He has worked in such places as a homeless shelter, a community based treatment center for severe mental illnesses, a school for troubled students, and other social service agencies. His current endeavor is to build The Bottom Line website into a site that inspires both Christians and non-Christians alike, and brings glory to God.
Previous It’s Not My Job
Next He Believed. Can You?