Breaking News
Home / Featured / He Believed. Can You? 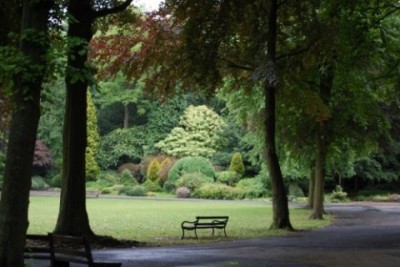 He Believed. Can You?

A couple of days ago, I came upon a man (originally from Mexico) who had a prayer request for his brother (still in Mexico) who needed a physical touch from our Jehovah Rophe – the God who heals (Exodus 15:26).  He shared the situation and then requested I pray with him right there on the sidewalk by his truck.  I was honored.  After praying with him, this man took a risk and asked if he could tell me something.  He had had a God-encounter many years ago that he hesitated to share with just anyone.  He wanted to share with someone who would understand.  He thought I just might be that someone.

He told of being 17, married, and the father of a son.  He shared of having no money because “at 17 saving money isn’t something that crosses your mind.  When you get it, you spend it,” he mused.  He went on to tell about the need for his son to see a doctor who was 60 miles away and that there was no money.  Then he told his dream.  “ In my dream, God told me to drive to the nearby park.  There was a pond and a nice area to play.  So, I drove there.  He showed me a bench about 50 yards away and when I got out of the truck and walked to the bench, I saw a wallet just laying on it.  God told me to look inside and there was a $20 bill.”  He continued with his story.  “When I woke up the next morning, I told my wife, ‘We need to take our son to the doctor’.  ‘But we have no money,’ my wife said.  It is going to be okay, I told her.” (Genesis 22:14)

I felt privileged that he would trust me with such a rich treasure of his walk with his God.  I was blessed by his candid, transparent, trusting heart.  Who can put a price on the precious move of God in a life?  This man believed and God honored his faith as Matthew 9:29 accentuates.  There is power in believing that God is, can, and will.  Lorenzo has held that precious encounter with God in his heart all these years.  It still remains hallowed as he shares the goodness and reality of his God.

I just love walking outdoors - day or night. I identify most with the creative side of God and am energized by His artistry all around this world. He amazes me every time I turn around! Yeah, God and thank you, Jesus.
Previous Angels: It’s Not An Easy Job
Next Wake-Up Sleeping Church!