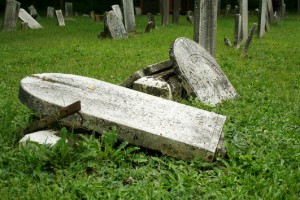 It is disturbing to consider the present rise in antisemitism around the world.  It has not been all that long since the Holocaust. That very thought plays with our minds, causing us to imagine that it could actually happen all over again.  To imagine may be too light a phrase to use in this sense, because often, imagination comes too close to reality.

Today’s reality is that antisemitism is indeed on the rise.  Jew haters are everywhere, here in the United States, in Europe, even in South America.  It is everywhere there are people.  The history of discrimination and mistreatment of the Jewish people is nearly as old as the earth itself, dating back to biblical times, when the Jews were persecuted by the Romans.  It is very real, and quite frightening.

When we consider the gruesome pictures and videos of the Nazi persecution of the Jewish people, we see only a glimpse of what could soon come.  Jewish people all over the globe today are being persecuted. They are uprooted from their homes, losing their businesses and properties, finding themselves separated from family and friends as they are forced from one place to another.  There seems to be little compassion, and little opportunity for them, like an entire people without a home.  It is eerily akin to the events leading up to the largest massacre of an ethnic population in modern history.

This past week, in Eastern France, Jewish graves were vandalized at a small cemetery. Approximately 200 tombstones were knocked down.  A monument to the Holocaust victims was also damaged.  This same cemetery has seen at least one prior attack of vandalism.  And while the actual vandals remain unknown at this time, the French interior minister has vowed that authorities will do everything to pursue them.

In light of recent events that include the attacks on a satirical newspaper and a kosher market in Paris last month, and similar attacks in Denmark this weekend, authorities in many countries are beginning to see a pattern.  It is the common thread of antisemitism running through the nations of the world, and causing panic and fear to once again be the norm for Jewish people.  Israel itself is under constant attack, not only from terror groups and individuals who align with them, but also from the general press.  It seems more and more reporters and news organizations are siding with the terrorists, who have made it their primary business to annihilate the Jews of the Middle East, vowing to take the cause even further, to eradicate them from the entire world.

It is our duty and privilege as Christians to stand beside the Jewish people as they fight to retain the right to their lands, their businesses, their homes, their lives.  God gave them the land through His covenant with Abraham.  The gift was everlasting.  We must pray, asking the Father to protect and bless the Jewish people.  We must speak of the abuses, and make it known that we as Christians will stand hand-in-hand with the Jews, and honor God with our support of His chosen people.

If you have encountered antisemitism, or racial injustice of any kind, how did you react to it, and what was the outcome?

Lili lives in central North Carolina. She writes devotionals and Christian articles and has been published in e-magazines, newsletters, and articles. She is a member of Faithwriters.com. She and her husband Chuck love to travel, and are animal lovers as well. They are active in their local church. Lili credits God for any inspiration that allows her to write. It's all about Him!
@@ohiolili
Previous Teens: That it may go well with you
Next The Underlying Message in “Fifty Shades of Grey”