Breaking News
Home / Faith / Teens: That it may go well with you 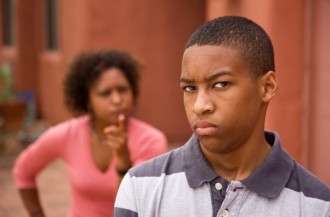 honoring parents is essential to a good life

Teens: That it may go well with you

The comments were withering. A teenager on social media wrote how much he appreciated his mother and how she’d cared for him and his sister through the tough times of single parenthood. He voiced his surprise that so many other teens were negative about their parents. This incited a firestorm in which about a dozen of his peers voiced bitter disdain for their own father or mother.

Scripture says one of the marks of the last days is that people will be “disobedient to parents” (2 Tim. 3:2). In the adolescent season of pressing boundaries and asserting independence, it is difficult to keep harmony with parents because one often feels misunderstood.

Nevertheless, the Bible is very clear that a good life and a long life are conditional upon how we treat our parents. “Honor your father and your mother, so that you may live long in the land the Lord your God is giving you,” is the fifth of the Ten Commandments (Exodus 20:12). Paul references it in Ephesians 6:2-3, calling it, “the first commandment with a promise,” and affirms that honoring your father and mother are necessary, “that it may go well with you and you may live a long life on the earth.”

This principal is not just for teens, but for everyone. Friends who minister in inner healing have said that many people they work with trace problems in their lives back to a failure to honor their father or mother. Spiritual laws are just as real as natural laws; one cannot ignore them if they’re inconvenient any more than one can ignore the law of gravity and expect not to meet with dire consequences.

What if my mom or dad was abusive or unloving?

A friend who is retired military once told me of having to salute certain superior officers who were pretty awful. He felt they didn’t, in any way, merit the honor of a salute. Nevertheless, regulations compelled it, and what he learned was this: even if the man himself is a lowlife, you are saluting the office he holds.

We can carry this principal into how we speak of and speak to parents who really missed the mark and even hurt us: we can honor the “office” of father and mother by choosing to forgive and to show respect, regardless of the condition of the relationship itself. In doing so, we honor, “the God who sees,”
(Genesis 16:13).

Do you honor your father and mother? If they are deceased, do you honor their memory in the way you speak of them?

Emily Tomko's radical encounter with the Lord while at a nightclub changed her life forever and inspired her first novel, College Bound: A Pursuit of Freedom. She is the author of seven books, including 31 Thoughts on Prophecy and Leaving the Shallows: igniting the faith that overcomes the world. Her tastes tend toward vintage and she's a Germanophile, having spent a year in Bremen and Nuremberg. Emily loves the scriptures and writes with fierce compassion and a deep desire to see people freed from the miry clay of this world and walking in the truth.
Previous Two Dogs With A Mind Of Their Own
Next Antisemitism–On The Rise