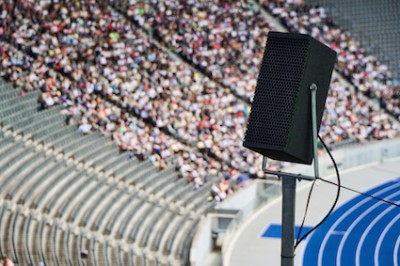 “Greetings Massive … Waa gwaan Jamaica?” (Greetings everyone, what’s going on?) These were the Jamaican words of greeting spoken by Barack Obama as he presented at the Caribbean Community (CARICOM) US Summit yesterday in Jamaica. He was there regarding issues surrounding the CARICOM and USA agenda, including issues of security, energy, and trade.

I wish I could say the reason for his visit was more important to the islanders than his actual presence. But if I did, it wouldn’t be the whole truth. They were thrilled to have the President of the United States gracing their island with his presence—regardless of his reasons. Once his feet touched Jamaican soil, his visit went down in history: the plane he took, where he stayed, and the meals he ate. Broadcasting stations made sure to bring the nation footage of Air Force One landing. Its arrival made breaking news. The reporter even made sure to highlight everyone whom the president touched as he made his way to the private plane waiting to take him to his undisclosed hotel.

President Barack Obama was welcomed with open arms. The government, headed by Prime Minister Portia Simpson Miller, made extensive preparation for his visit. His trip to Jamaica reminded me of Jesus’ entrance into Jerusalem. A large crowd gathered. All were very excited to see Him, to touch Him. They were originally happy that this famous man decided to grace their town with His presence. So awe-struck were they, they laid down their clothes for Christ to walk on. (Mark 11:7-10) But we all know how that story ended. (Matthew 27:32-56)

Sometimes it is so easy to get caught up with the “messenger” rather than on the “message”—especially when the messenger is famous and influential. But words out-live humans, regardless of their status or background. There are many writers, singers, poets and the like, whose words are still alive and kicking long after their deaths.

The people in Jerusalem missed out on the great opportunity of salvation because they paid more attention to Jesus’ physical presence, than the Gospel of truth He was spreading. Their empty adoration later turned to hateful disdain. Because they refused to hide the words of the messenger in their hearts, they missed the entire purpose of His arrival. “Listen to advice and accept instruction, that you may gain wisdom in the future” (Proverbs 19:20).

Can you share a time when you overlooked an important message because you were more interested in the messenger?

Amelia Brown is from the beautiful island of Jamaica. She is a 28 year old Guidance Counselor by profession, but a passionate writer at heart. Most of her articles written are aimed at stimulating positive change under the guidance of the Holy Spirit. She is also a published poet and a member of Faithwriters. Outside of writing, she enjoys volunteering, cooking, and turning frowns right side up. Amelia currently lives in New York.
@ameliambrown
Previous Feeling Cursed?
Next Some Good Ol’ Heartwarming Humor