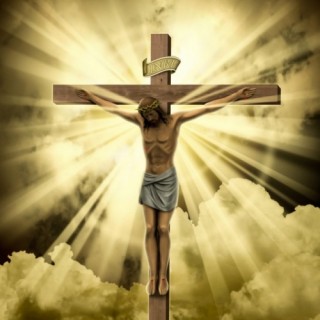 Biography Of The World’s Greatest Man

She was a woman with a beautiful heart, and a humble spirit. Even though she was a virgin, Mary carried her baby for nine months and went through the standard child delivery process. Jesus Christ the Nazarene was born to mother Mary and father, Holy Spirit. His father however, placed Him under the care of a great step-dad named Joseph. The events surrounding Jesus’ conception testified that He wouldn’t be just another baby, boy, or man. He was destined for greatness. Christ started from humble beginnings. Though He was inevitably the King of this world, His birthplace was a manger in a barn. (Luke 2:7)

Jesus grew up like any other kid. He played, laughed, and worried His parents. When He was twelve years old, He accompanied His parents to a celebration at a feast far away in Jerusalem. However, instead of staying with His parents, He decided that being in a temple surrounded by dignitaries, minding His heavenly father’s business, was where He needed to be. Unknowingly His parents started the journey back home without Him. When they realized He was missing a day later, they worriedly returned, and began searching for Him. (Luke 2:41-49)

By the time Jesus was in His thirties, He was ready to maximize His full potential. He knew His purpose and got straight to it. Christ got baptized by John The Baptist and began His long odyssey. (Luke 3:21-22) While at a wedding in Cana, He turned water into the best wine ever consumed, thus giving birth to His first miracle. (John 2:1-11)

The rest of Jesus’ life was filled with temptation, hardship, and pain brought on by the very ones His heavenly father created. During the beginning of His journey, He was treated with love and respect by the people, and He graciously healed many. (Matthew 21:8-9) However, as time progressed He was treated with disdain. They called Him a liar, denounced His claims of being king, and later sentenced Him to death. Throughout all of this, He still insisted on showing love and healing many. Christ cried to His father in Heaven when things got overbearing. (Matthew 26:39) He could have forfeited His plans, but He still insisted on fulfilling His purpose.

Christ went through a lot of struggles. Being the son of God Who created this world and everything in it, it’s clear He didn’t have to suffer. Nevertheless, He endured it all–not because He couldn’t do any better, but because He knew doing so would save our lives. He died hanging on a cross between two thieves. (Luke 23:33) Jesus Christ is a great man, Who was born to die so we could be forgiven of our sins and walk into a life of eternity, through His freely given salvation. You may never have your biography written, or have the world know your name, but that’s OK because Jesus, Who’s known for His horrid sufferings, did it all so you’ll be special anyway. He knows your name, and He’s readily waiting to accept you into His home. Receive Him today. “If you confess with your mouth that Jesus is Lord and believe in your heart that God raised him from the dead, you will be saved.” (Romans 10:9)

Amelia Brown is from the beautiful island of Jamaica. She is a 28 year old Guidance Counselor by profession, but a passionate writer at heart. Most of her articles written are aimed at stimulating positive change under the guidance of the Holy Spirit. She is also a published poet and a member of Faithwriters. Outside of writing, she enjoys volunteering, cooking, and turning frowns right side up. Amelia currently lives in New York.
@ameliambrown
Previous Misty Edwards Releases New Studio Album: Little Bird
Next It’s Not About Me!