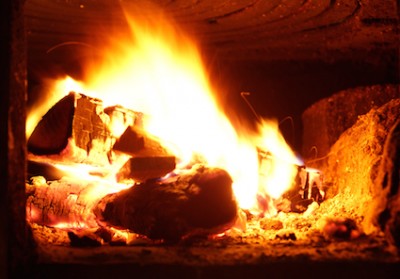 “How can we trust that God won’t bring any more bad things to us?”

This was the question my son asked one morning. As I pondered the answer, I thought about the three Hebrew boys in the book of Daniel. King Nebuchadnezzar made a grand statue, a golden image that he wanted everyone to bow down to and worship. The three Hebrew boys refused and stood tall knowing that to disobey such a command would mean death by fire. The king gave them another opportunity to worship the golden image, and again they would not bow. They determined in their minds they would not sin against the one true God. They knew that God was able to rescue and save them from their fate, but if not, they would not bow down and worship this golden image.

“If that is the case, our God whom we serve is able to deliver us from the burning fiery furnace, and He will deliver us from your hand, O king. But if not, let it be known to you, O king, that we do not serve your gods, nor will we worship the gold image which you have set up.”  Daniel 3:17-18

God never said bad things wouldn’t come to us. 1 Peter 4:12 says, “Dear friends, do not be surprised at the fiery ordeal that has come on you to test you, as though something strange were happening to you.” Trials are going to come, there is just no way around it. Isaiah 54:17 tells us that no weapon formed against us will prosper, but we always forget what the verse before that tells us, God created the blacksmith who makes the weapons for destruction. Not only are bad things going to come our way, but we are not to be surprised when they do. Not only are weapons going to be aimed at us, but God created the one who makes the weapons to destroy.

We have to understand and embrace that bad things will happen in our lives, trials will come. God’s Word is very clear about this. The real question is what are we going to do when bad things and more bad things come? We must pray, we must seek counsel, we must search His Holy Word and we must believe that with God all things are possible. But in the end, like the three Hebrew boys, we must resolve to trust in the sovereignty of God. We must confidently say, “God I know, without a doubt, that you are able. But if not, I will serve you and only you, I will trust you and only you and I will worship you and only you.”

The three Hebrew boys were faced with death if they did not bow down and yet they chose to trust God. They knew God could deliver them, but if not, they would not give in.

What are you believing God to do in your life right now? Have you settled the, but if not, possibility in your heart?

Tracey Lanza resides in Northern Virginia with her 11 year son. Currently she works as Registered Nurse in an office that specializes in allergies and asthma. Tracey loves The Lord with all her heart and seeks to live a life that brings him glory and honor. She is very involved in her church and serves weekly on the worship team. In her free time, she enjoys playing piano and writing songs. Her prayer is that her writings will inspire, motivate and bless every reader.
Previous The Material for Spiritual Transformation
Next Grabbing for the Brass Ring 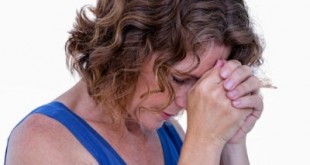 Praying for Our Children

Summer is finally coming to an end, and as a single parent to a rising ...