Breaking News
Home / Faith / Can We Learn From the Apocryphal Books? 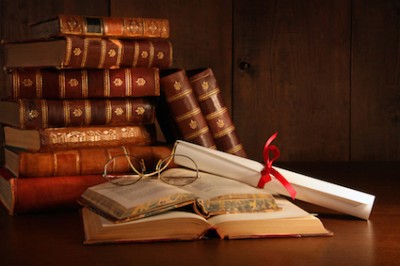 Can We Learn From the Apocryphal Books?

Many devout, practicing Christians read, analyze and pray about many books of the Bible.  For many, this focuses on the New Testament, but still others research and delve into rather obscure Old Testament scriptures.  As “God-breathed” works, studying the whole Word of God is of course key to our understanding of His message to us all.

That said, there is a large period in the Biblical era which has been largely ignored by Christians.  This is the intertestamental period–roughly 445 BC – 1 AD.  The last book of the Old Testament is Malachi, written somewhere around 445 BC.  The likely first book of the Gospels (Mark) was written somewhere around 70 AD, and the Gospel books begin their story around 1 AD with the pending birth of Christ.  Thus, there is approximately 445 years of vanished history of the Jews and of the region.  What was going on, from a spiritual or religious perspective?  Why are the books that were written not considered in many Bibles?  What can be learned by today’s Christians?

There is significant disagreement over much of what was written during the intertestamental period.  The Protestants, going back to the Reformation and earlier, do not include any of the works from this era within their Bible.  However, other groups and churches, such as the Roman Catholic church, do include a handful of these “lost” books within their version of the Holy Bible.  Likewise, some Orthodox churches actually include more of these old books than Rome does.

However, the problem with many of these books is twofold.  First, many do not have a known or listed author.  This makes it very difficult to authenticate.  The other concern is that within some of these books and verses are included religious themes that seem to contradict other portions of the Old or New Testament.  Biblical scholars have been analyzing and arguing about this for many decades and centuries.

Even if there are some concerns and one does not hold a book to be canonical and “God-breathed”, there is still much to be learned and appreciated from them.  Historically, one gets an excellent understanding of the “bridge” between the Testaments.  One is able to notice that the books are filled with true historical facts and figures, like the rulers following Alexander the Great.

In addition, there is tremendous wisdom and encouragement in some of these books, which are often called the Apocrypha.

The following, one of my favorite Christian verses, is from “The Book of Enoch”, written in circa 150 BC:

The book written by Enoch for all my children who shall dwell on the earth;

Let not your spirit be troubled on account of the times; For the Holy and Great One has appointed days for all things.

And the righteous one shall arise from sleep, and walk in the paths of righteousness, And all his path and conversation shall be in eternal goodness and grace.

And He will give him power so that he shall be endowed with goodness and righteousness, and he shall walk in eternal light.

And sin shall perish in darkness for ever, And shall no more be seen from that day for evermore.

In these verses, we notice that, at the time it was written, the Jews were certainly accepting the notion of an everlasting life, and what that means for true believers in God. Earlier in the Old Testament, this was not typically the case.  The Gospels take this reality to a new and clear level, via the words of Jesus.  But God had already laid the groundwork with His people centuries earlier.

What do you think about the books of the Apocrypha? What is your favorite part of the Bible to study?

Ken Lambert, D.Min, lives with his wife and twin boys in southern New Hampshire, and has written for a variety of religious and secular publications. He is co-author of Top Ten Most Influential Christians- since the Apostles, and is an adjunct instructor for Agape Seminary (Church History, Wisdom Books).
Previous You Are Immortal, So Is Your Destiny, Part I
Next How to Transform and Renew Your Mind