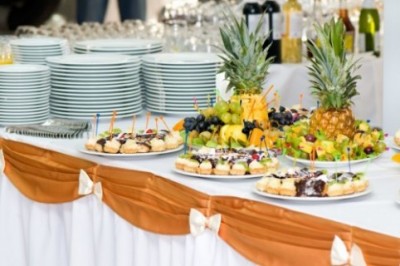 Caught Without His Party Clothes

Party central was about to happen. A marriage feast for the King’s son had been set. Invitations had been signed, sealed, and delivered, but those who were invited were unwilling to come. The King then sent out his messengers again to beg those who were welcomed, but they made light of the situation and found excuses to not attend.

The king was furious and retaliated the situation, for those who refused to come were no longer worthy to attend this joyous occasion. Then, he called upon his servants to go out in search to find as many people as they possibly could to enjoy the festivities. “So those servants went out into the highways and gathered together all whom they found, both bad and good. And the wedding hall was filled with guests.”

Since the event was a specific occasion, a special wedding garment was required which was offered to all who attended. The line was packed full of anticipation as each guest who chose to come waited for their garment except for the man who could no longer wait his turn. Instead, he decided to skip past the required dress code and sneak in through another door hoping no one would notice.

Watching the site of everything, the King decided to ascend his throne, and stir amongst. As he came upon the guests he found one man who stood out amongst the rest.

“Friend, how did you come in here without a wedding garment?” Unable to explain the absence of the required garment, the man was speechless.

“Then the king said to the servants, ‘Bind him hand and foot, take him away, and cast him into outer darkness; there will be weeping and gnashing of teeth.’

Many of us try to take the short cuts or easy way outs to by pass certain aspects in life. However, in doing so, we may be only shorting ourselves of an opportunity.

Just like the man who didn’t want to wait in line for the only requirement he had to a free party, sometimes we believe that the rules don’t apply to us. We may go as far as thinking that the rule applies to everyone but us as if some exception can be made. We may even try to make up our own way to go around the stipulation instead of complying.

One day there will be a bountiful, endless feast to which many were called to attend but when the time came, they did not have the correct attire for the occasion. Without their wedding garment, their robe of righteousness, they will not be welcomed to the party. Instead, they will be turned away.

God calls all into a relationship with him, yet only few will answer the call. Have you heard him calling in your life, but have not responded? Are you ready to get to know Him and all that He wants to do in your life? Do you have your party attire for the eternal feast?

is an author and editor for The Bottom Line Ministries as well as a member of Faith Writers. Currently she teaches high school language arts. She is a mom to four amazing blessings and enjoys every moment life has to offer. Renee has a fervor and drive to learn, she loves to read and spend time with her family, and is involved with her local church ministries. Humbled by God’s gift of words, she has a passion to write what the Holy Spirit has placed in her heart. She hopes to publish her in-progress book someday, but in the meantime, is honored to be placed as part of the TBL writing family and is holding on to the ride wherever God is leading. Renee and her family reside in their country home in Holland, Iowa.
Previous A Dozen Don’ts to Avoid When at Church
Next The Racy Reality Show,”Sex Box,” Is Cancelled… at Last