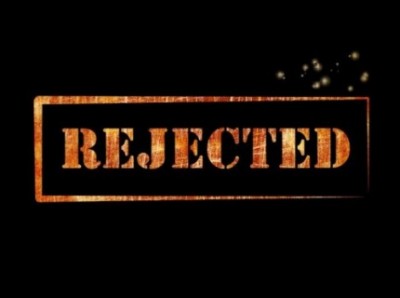 The Racy Reality Show,”Sex Box,” Is Cancelled… at Last

WE tv first aired “Sex Box,” a talk show—or reality show, depending on how you look at it—that gets heterosexual and homosexual couples to talk about their sex life on the air. The premise of the show is this: after the introductions, the couple enters the “Sex Box” where they engage in physical intimacy on stage in a soundproof, camera-free, specially designed private chamber. When they emerge, the couple discusses intimacy and has frank discussions with a panel of experts in hopes of restoring their relationship.

“Sex Box is a groundbreaking, unprecedented and life-changing way for couples in crisis to heal their sexual and emotional issues… The theory behind the Sex Box is based on a revolutionary, scientifically proven concept: In the first 15 minutes after intimacy, the body is flooded with oxytocins and endorphins enabling people to really open up and reveal the root of their problems.”[1]

The controversial show was pulled from the air last week after just five episodes due to low ratings and protests from social conservative groups.

“Sex Box was a bold programming swing that broke new ground but did not connect with large numbers of viewers,” the network TV network told FOX411. “We are working with our production partners on a potential reformatted version of the show and are thankful for the efforts of everyone involved.”[2]

One can only guess the ways the show would be “reformatted.”

The scandalous show struck a nerve when it first aired on February 27, causing uproar among viewers and conservative groups alike—particularly the Parents Television Council.

The group launched a petition, saying the show “exceeds the limits of decency.” However, the producers of the show made it a point to include the petition on their website saying “We are confident in Sex Box…” and asking viewers to judge the show for themselves before signing the petition. “You can’t judge a book by its cover. You can’t judge a show by its name, even if its name is Sex Box.”[3]

Conservatives everywhere are calling the cancellation a victory. “We are delighted to hear that ‘Sex Box’ has been cancelled by WE tv,” said Parents Television Council President Tim Winter. “The program from its very outset was an affront to families, toxic to advertisers, and a clear demonstration of a badly-broken business model that forces every cable/satellite subscriber to pay for unwanted and unwatched cable networks. PTC members and other pro-family groups who signed petitions against the show are to be congratulated for their successful activism.”[4]

When I first saw the commercials for Sex Box, I remember thinking that it had to be a joke—and a nasty one at that. It took seeing the commercial more than once to realize it was real. At first, my blood began to boil. I was infuriated. And then, I felt my heart break.

Because this show crushes the heart of Jesus.

The Bible clearly says, “Marriage should be honored by all, and the marriage bed kept pure, for God will judge the adulterer and all the sexually immoral” (Hebrews 13:4).

To “be honored by all” literally means “as of great price, precious, held in honor, esteemed, especially dear.”[6] And likewise, the marriage bed (or “a place for lying down, resting, sleeping in” or “the marriage bed” or “cohabitation, whether lawful or unlawful,” “sexual intercourse”[7]) should remain undefiled or unsoiled. Or as the NIV version says, “kept pure.”[8]

Marriage is often used to illustrate the relationship of Christ and the church. And Sex Box makes it merely a recreational activity that can be shared with others. From a biblical perspective, Sex Box turns the marriage bed into a game. It takes away the sanctity and holiness of marriage and cheapens it.

To be sure WE tv continues to get protests, I signed the Parents Television Council’s petition. Get WE tv to say “no” to a “reformatted” Season Two.

I never want to see it advertised again… do you?

What was your first impression of Sex Box? What message do you want to send to producers and television networks nationwide?

is a freelance writer and contract copywriter who lives in the seacoast region of New Hampshire with her husband, Eric-Thomas,of five years. She currently serves alongside her mother as the Marketing Director for God’s Girls Christian Store and More, a online retail store serving the southern New England region. Her work has been featured in several print and online publications, and she is the recipient of two Faithwriters’ Editors Choice Awards for her short stories, which are scheduled for publication in the Mixed Blessings series. Her first book, Fragile: 30 Days of Hope for the Anxious Heart, is now available at samanthaarroyo.com. She can be reached at [email protected].
Previous Caught Without His Party Clothes
Next The Enemy, My Friend