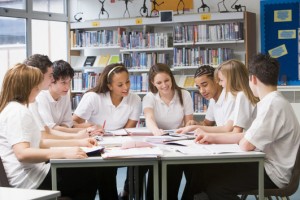 ” ‘These are the things you are to do:  Speak the truth to each other, and render true and sound judgement in your courts,’ declares the LORD.”
Zechariah 8:16 (NIV)

Though it is a well-known fact that Christian clubs and groups face discrimination, it is not unusual to hear of a university that has created regulations restricting Christian club activities and attempted to change the course of their mission.  The freedom of faith that our United States Constitution guarantees is being compromised by those who do not agree with that faith.

Fox News recently reported on a situation regarding a Christian group at California State University. The university has taken steps to deactivate the Cal State Stanislaus chapter of Chi Alpha, a Christian student organization, claiming the group practices discrimination.  Who are they allegedly discriminating against?  Those who wish to be leaders of the group, yet who are not believers of Christ.

The university maintains that “every club is allowed to establish its own standards for how leaders are selected as long as it’s non-discriminatory,” according to Associate VP of Cal State Tim Lynch.  Non-discriminatory is an important tenant regarding how we treat other people, but when that term is applied to entities such as organizations and clubs, other than to clarify that entry to the group should not be discriminatory, the mission of the club is subverted, and it has no useful purpose.

Merriam-Webster defines the word club, in this context as: To form or enter into an association that furthers the interests of its members.

If a university allows the formation of a music club, and an avionics engineering student, who has no musical background or abilities, is appointed to be a leader, what has happened to its mission?  Or what if a chemistry club established, and a home economics major requests leadership of that group? It should be clearly understood that in either of these scenarios the entire purpose and mission of these clubs, or organizations, would be in jeopardy immediately, simply by having leaders who know nothing about their primary focus. There would be no linkage to professional organizations, no continuing education opportunities, and no examples provided by the leadership as to how to further the interests of its members.  Most importantly, there would be no sense of unity or commonality among its membership.

The university, by implying that this club has employed discrimination in its standards for leadership, is also employing those same standards.  For instance, why should an English literature class be taught only by an English educated professor?  Why not give the same opportunity to a city policeman? Isn’t the fact that a teaching position requires an academic degree in the field to be taught a form of discrimination?  Surely if those standards are to be applied equally throughout, they would also apply to the university as well.  If they are making these rules, then they should be required to abide by them.  The university administration should strive to be an example for the students.

The truth is, an avionics student cannot teach music, and a city policeman cannot teach English literature.  In the same vein, a non-believer cannot lead others in an endeavor to further the practice of faith.  The mission is compromised as soon as a leader is put in place who has no agenda, or an agenda to bring harm.  Why would a non-Christian want to be the leader of such a group? Therein lies the truth: this university is discriminating against this club by accusing them of being discriminatory, which is a perversion of a non-discrimination policy.  It most certainly is a threat to the freedom of faith.

Have you experienced this type of discrimination?  If so, what was the outcome, and how did you see God work in the situation?

Lili lives in central North Carolina. She writes devotionals and Christian articles and has been published in e-magazines, newsletters, and articles. She is a member of Faithwriters.com. She and her husband Chuck love to travel, and are animal lovers as well. They are active in their local church. Lili credits God for any inspiration that allows her to write. It's all about Him!
@@ohiolili
Previous Unequally Yoked: Seeking Love in a Graveyard
Next Shopping & Bible Reading: Online or Hands-on? (Part 2)