Breaking News
Home / Faith / Demons in the Temple of God 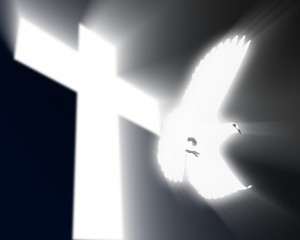 Demons in the Temple of God

In my last article I asked the important question, “Can a Christian have a demon?” As I teach on the topic of deliverance from evil spirits, this is the most common question that arises. Since believers are the temple of the Holy Spirit, it would seem impossible for a demonic spirit to also be present. But, does this reasoning really line up with Scripture?

Let’s apply this same logic to the temple in the Old Testament.

Israel’s history is plagued with idolatry, and at times idols were even brought into the temple of God. For instance, of King Manasseh Scripture says, “He even set a carved image, the idol which he had made, in the house of God” (2 Chronicles 33:7). This is important to our discussion because there is a direct correlation between idols and demons.

Even though God’s manifest presence was in the Holy of Holies, it was possible to bring demons into the temple. King Manasseh brought idols into God’s house and set up altars to make sacrifices to them, giving demons entrance. There is therefore a biblical precedent for demons entering the house of God. If this could happen in the Old Testament temple why could it not happen in the New Testament temple, the body of a believer?

To say that being the temple of the Holy Spirit automatically takes away the possibility of having a demon sounds logical but it is not a biblical fact. Evil spirits certainly do not belong in God’s house, but that does not mean that it is impossible for them to be there.

Other things to Consider

When considering the question of Christians needing deliverance from demons, there are other Scriptures to consider. Paul warned the believers at Corinth that they could receive a “different spirit” if they embraced a false gospel (see 2 Corinthians 11:4). He also exhorted the Ephesians to not “give place to the devil” (Ephesians 4:27), implying that believers can have open doors to Satan and his demons.

If demons cannot be in Christians, then why cast them out at all? Why not just bring people to Christ and the demons will automatically leave? This was not the approach of Phillip the evangelist, who went to Samaria preaching Christ, healing the sick, and casting out demons (see Acts 8:5-7).

What are your thoughts or experiences with believers being delivered from demons?

Jake Kail is a teacher, author, and speaker who is passionate for the kingdom of God. He was called into ministry during his college years, after a life-changing encounter with God. The focus of his ministry is on teaching and equipping believers, strengthening local churches, and seeing awakening and restoration come to the church. He also ministers often in the area of deliverance from evil spirits, seeing people set free from bondage, torment, and oppression. Jake is the author of three books: Restoring the Ministry of Jesus, Can a Christian Have a Demon?, and Abiding in the Vine. He speaks at churches, retreats, conferences, and other venues. Jake lives with his wife and family in Lancaster, PA where he serves on the pastoral team at Threshold Church. Check out Jake’s website and blog here: http://www.jakekail.com.
Previous Fine Linen from Filthy Rags
Next Misery Loves Company