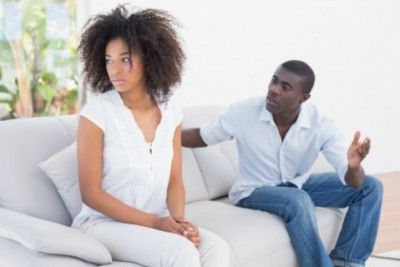 Have you ever been around someone who has a tendency to be the downer at the party? How about the person who lashes out at you with their words even though you have done nothing to deserve what is being said? No matter what you try to say or do for encouragement will not make a difference since their entire goal is to bring you down to their same level of misery.

Our mind screams at the unfairness of the situation and we desire to lash out with our tongue in either rebuke of what was said or to rectify the situation to our advantage. Contrary to how our mind is directing us to react, the effort would be ill effective for misery loves company as the saying goes, and lowering ourselves to meet their ultimate goal is not the solution to the problem. The root of their misery lies deeper, and the issue within is a matter of the heart.

Despised, rejected, scorned, Jesus took all of the verbal and eventually the physical abuse without retort. Love for the loveless, the meager, downtrodden, brokenhearted, and anyone in between who was willing to humble their hearts and turn from their ways. His mind was not fixed upon destruction and retaliation but only of love even unto his miserable and unimaginable death.

If we call ourselves Christians are we using the word for just it’s namesake only, or are we following by the example defined by Jesus to represent love even when it is not given or shown to us.

The battle between our flesh and spirit will continue to wage war within ourselves, but the victory comes when we chose to let the spirit win.

“For the flesh lusts against the Spirit, and the Spirit against the flesh; and these are contrary to one another, so that you do not do the things that you wish. But if you are led by the Spirit, you are not under the law.” (Galatians 5:17-18)

When we spend time in His word, tune in to hear his voice, and allow His spirit to pour forth from us, the impact is not only being made for this temporal place, but for the eternal kingdom. Let us walk with our heads held high knowing that no matter what words may be said to or about us, they will not harm us “because He who is in you is greater than he who is in the world.” (1 John 4:4)

How has your journey with Jesus impacted the way you view those around you?  How are you showing the love of Jesus to others?

is an author and editor for The Bottom Line Ministries as well as a member of Faith Writers. Currently she teaches high school language arts. She is a mom to four amazing blessings and enjoys every moment life has to offer. Renee has a fervor and drive to learn, she loves to read and spend time with her family, and is involved with her local church ministries. Humbled by God’s gift of words, she has a passion to write what the Holy Spirit has placed in her heart. She hopes to publish her in-progress book someday, but in the meantime, is honored to be placed as part of the TBL writing family and is holding on to the ride wherever God is leading. Renee and her family reside in their country home in Holland, Iowa.
Previous Demons in the Temple of God
Next Senior Citizens: Are You Retiring or Recharging?