Breaking News
Home / Faith / Do I Have What It Takes to Face Persecution? 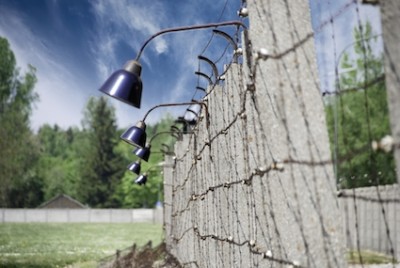 Do I Have What It Takes to Face Persecution?

Have you ever wondered if you have what it takes to suffer persecution?

Yesterday, I heard a Christian talk show host field a question from his listening audience. The caller asked, “I’m afraid that if I ever had to suffer persecution like some Christians in other countries, I won’t be able to stand strong. That terrifies me! What if I fall apart? What if I can’t take it?”

I’ve wondered the same thing. But recently, I recalled a story told by Corrie ten Boom in her auto biography The Hiding Place.

Corrie ten Boom and her sister Betsie lived with their father, a watch maker, in Holland, at the time of the Nazi invasion in 1941. Along with her family, she was used by God to help smuggle many Jews safely out of Holland. She was captured on February 28, 1944, and eventually taken to Ravensbruck, a German concentration camp. Corrie survived and told her powerful testimony in her book and its sequel, Tramp for the Lord.

But this incident happened early on, when she was young and afraid. At one point, she joined her mother in taking a loaf of bread to a couple who had lost their baby. Corrie caught sight of the dead infant and fear gripped her mind.

That night, as she lay in bed, her father came to say goodnight. As he entered the door, she burst into tears and cried out, “I need you! You can’t die! You can’t!”

Her wise father sat down on the edge of her bed and asked, “When you and I go to Amsterdam–when do I give you your ticket?”

Tearfully, she replied that he always handed her the ticket just before they boarded the train.

Gently, her father finished his illustration:

“Exactly. And our wise Father in Heaven knows when we’re going to need things, too. Don’t run out ahead of Him, Corrie. When the time comes that some of us will have to die, you will look into your heart and find the strength you need–just in time.”

In the Bible, Jesus also assures us:

I do not know what the rest of my days may hold. I may indeed face persecution or even martyrdom. Or, I may live out my days in the relative freedom and comfort of this country, where God has graciously placed me. However, no matter what happens, I do know–beyond a shadow of a doubt–that even if my flesh is fearful, He will sustain me: “If we are faithless, He remains faithful, for He cannot deny Himself” (2 Timothy 2:13). And, though I do not know the future: ” … your Father knows what you need before you ask Him” (Matthew 6:8b).

What are some of your fears regarding the future? How can you trust God to give you what you need exactly when you need it?

Previous When Perversion Begins to Seem Normal
Next Our Hope: A Legacy of Faithfulness