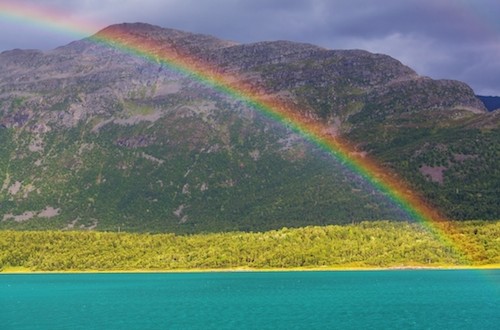 When Perversion Begins to Seem Normal

For the time is coming when people will not endure sound teaching, but having itching ears they will accumulate for themselves teachers to suit their own passions, and will turn away from listening to the truth and wander off into myths. 2 Timothy 4:3-4 (ESV)

One need only to turn on the TV or get online to be inundated with propaganda regarding homosexuality and all the issues surrounding it, including gay marriage and other sexual proclivities.  Sexual deviancy, although never really nonexistent (there is nothing new under the sun–Ecclesiastes 1-9), seems to be growing and spreading like a blight on the land as new forms and expressions of those forms continue to emerge out of the shadows.

The more we see it, the more normal it seems to some.  Even those who do not support these issues become, in some ways, desensitized by repeated exposure that causes our thinking and perceptions to be skewed.  This sometimes manifests itself in ways we don’t even realize.  For example, my husband showed me a profile picture on Facebook of an American flag with a rainbow in the background and asked me what I think of when I see it.

I knew what he was getting at.  Because the rainbow is being used as a symbol of gay marriage, even though I do not want to, seeing this image causes me to pause and examine, not what it means to me, but how it was intended to be presented to the viewer by the user.  So instead of an automatic reaction, I had to stop and analyze the photo to decide if my response would be one of awe (at seeing God’s sign in the clouds) or derision at the perversion of God’s visible reminder of His covenant with mankind regarding the destruction of the world.

It’s the same analytical consideration I encounter when I see two men or women together on television and wonder what this duo represents.  Are they a couple, or two good friends?  If there are children in the scene, I wonder if this is a gay couple raising a child or is it really two friends along with their children.  We are subconsciously being forced to regard situations in the light of emerging societal redefinitions, even if we do not want to.

Our position on the issue causes a backlash of criticism and cries of intolerance, but we must never lose sight of what God thinks and wants no matter how unpopular the sentiment is.  You will hear and see the people who approve it by either actively cheering it on, or passively ignoring the issue on the grounds of it being none of their business with an attitude of, “It doesn’t concern me so why should I care?”

That sentiment sounds profound and is greeted with hearty agreement, a concession to the position of “live and let live.”  Why don’t we?  We cannot.  God in Heaven is weeping for those who are deceived and headed for Hell.  There is a song lyric that declares we want to see what God sees and feel what He feels.  It goes something like this, “Break our hearts for what breaks Yours, wake us up to see through Your eyes,” (Casting Crowns, “Jesus, Friend of Sinners”).  Keep in mind when we ask for this, God does not intend it to be a sightseeing look only, but a call to action.

Do God’s business until Jesus returns, remembering that our work is a labor of God’s love. Acceptance of the things we know are wrong is the true condemnation the world thinks we are passing out when we refuse to approve what God calls evil.  And let us be at all times gentle, remembering that our position is not one of harsh judgment (even though we often act that way), but of concern for those who are perishing.  Spread the Word not with clubs and spears in hand, but by speaking the Word of life that brings freedom–the proclamation of liberty to the captives bound by the chains of Satan.

What is your perspective when you see the image of a rainbow? How has society manipulated and perverted that which God created to be good?

Previous Bringing Awareness of Human Trafficking in the U.S.
Next Do I Have What It Takes to Face Persecution?