Breaking News
Home / Faith / Do You Know Your Daddy? 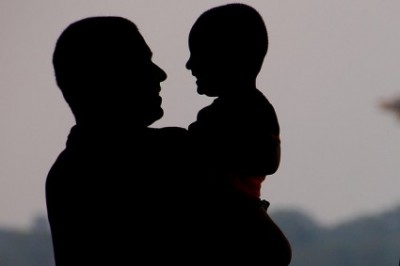 Do You Know Your Daddy?

The damage incurred by father-less homes is fully documented.  Poverty, higher rates of incarceration, substance abuse and emotional issues ravage those who do not have a strong father presence. Even in lives where the father makes an effort, “daddy-issues” often impact adult relationships negatively.  Receiving the love of a father changes everything.  In the context of Christianity, “Do you know your Daddy?” has even greater implications.

Our identity as children of God is integral to living a victorious life.  Identity is a front-line attack from the enemy.  It is what he used on Jesus (“if thou be the Son of God”), and it is a technique he uses on us.  If we doubt our security—and authority—in Christ, the enemy can cripple us.  Scripture has firmly settled the issue.  Paul states it clearly in Romans 8:15:

Our authority as a legal child of God matters! All authority has been given to Jesus Christ; when we are in Him, we are full agents of that authority.  Consider how His authority revealed itself:

His teaching was “with authority, not like the teachers of the Law”.  Miracles followed Him.  Nature obeyed Him. Winds and waves stopped, fig trees wilted.  Demons recognized Him and complied with His commands.  The same power that lived in Him, lives in you and me!

So why do we often feel powerless—more like abandoned, than beloved children?  There are a couple prominent factors.

We misunderstand or attempt to misuse the power.  Jesus never used His authority for Himself.  Like Jesus, our heart’s desire must always be, “Thy will be done, Father.”  We must embrace the crucifixion as our own to effectively die to sin and break its power over us.  Surrender is the key to exercising divine authority.

The authority of Christ’s teaching is rooted in His integrity.  Jesus Christ, the Living Word, spoke from His essence.  There was no deceit or subterfuge in His teaching.  He never used the Word as a tool to justify or validate Himself.  The errors of the teachers of The Law included greed and deception.  We, too, fall prey to those errors when we substitute searching the Scriptures for seeking His heart.

Living fully in our identity is the life Christ intends.  The only way to live that life is to spend time getting to know the One in whom we live!  You can find a great tool to begin with here.

What part of being His child thrills you the most?

If you are a parent, we invite you to help your child build their relationship with God.

Billie Jo is wife to Craig and mom to Rusty and Riesa. Formerly employed in the human service industry, the past fifteen years have been dedicated to homeschooling. She is a freelance writer for a number of print and internet publications. She is also passionate about serving in the community. She works in a GED preparation ministry and a community-based servant program that provides opportunities for youth to serve others. It is passion for the love of Jesus and His transforming work that motivates her writing and serving. "I love to see God at work in the lives of others and this is the way I see best."
Previous Troublemaker With A Side Order Of Hope
Next Our Hope: Jesus Gives Life