Breaking News
Home / Faith / Troublemaker With A Side Order Of Hope 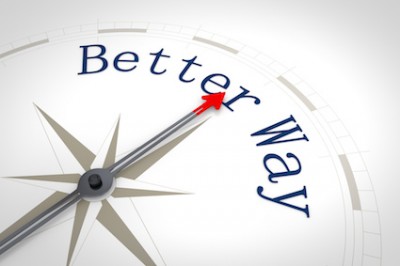 Troublemaker With A Side Order Of Hope

Have you ever been accused of being a troublemaker?  Ever described yourself as one?  I confess that I, indeed, am a troublemaker.

I was always a good kid and very much a rule follower so I’m not sure when the troublemaker inside of me was born.  Don’t misunderstand me.  I’m not talking about troublemaking in the sense of getting into trouble.  I’m talking about the kind of troublemaker that pushes the envelope and challenges long-held beliefs, processes and practices.  Think of me as the antithesis of, “it’s not my job”, or, “we’ve always done things this way.” Those phrases right there are on my top 10 list of things I hate to hear.  They are what cause companies to die and what prevent us from growing personally.  I’m all about getting knee deep into whatever I’m working on and trying to make things better, no matter what.

Now I won’t pretend that being this kind of person hasn’t gotten me into trouble.  I have had more than one boss that didn’t like my kind of troublemaking.  Being very set in their ways, they prefer to have things done in a particular manner.  Rule followers, you see.  So, I have to turn off the troublemaking switch and be good.  I don’t like it, but I do it.  Well, I at least give it the good ‘ol college try, anyway.  And it’s at these times that I feel I’m not being authentic.  Going with the status quo just isn’t my way.  It’s not how God wired me and it wasn’t until about seven or eight years ago that I became comfortable with this.

The main reason I have found peace with my troublemaking ways is that I finally realized I’m in good company.  If you know even a handful of Bible stories, chances are there’s at least one troublemaker in the bunch:

Daniel? Spent a night in the lion’s den because he refused to bow to an idol even though it was the law.

The prophets of the Old Testament?  Their sole aim in life was to go to the people and challenge what they had been doing and tell them that destruction would come if they didn’t change their ways.  They were not very popular as you can imagine.

But do you know who was the biggest troublemaker of them all? That’s right, it was Jesus.

There were over 1500 years between the time the Ten Commandments were given to Moses and the time Jesus started his ministry here on earth.  The Israelites had been living strictly by The Law (over 600 of them!) during this time.  You can imagine they were pretty set in their ways.  So when this Jesus character came along just simply being Jesus, He ruffled more than a few feathers.  The religious leaders of the day were His main opponents.

Here was this man going around teaching, healing and claiming to be God.  I don’t think that was their main beef with Jesus, however.  I think it was the fact that people were flocking to him in droves and they were losing their legitimacy with the people of Israel.  Every time Jesus did something in opposition to the law, they were there.  If He was teaching on something, they would ask a question to try and trip Him up.  The way the Bible reads, they followed Him practically everywhere He went just to try and catch Him in a sin.

What follows are some of the Pharisee and Sadducee shenanigans.  By the way, if you’re not familiar with these stories, Jesus always delivered responses that, by today’s standard, would have elicited more than one “Burn!” comment from the crowd.

And such is the life of a troublemaker.  You always come into contact with people who don’t understand why you just can’t follow the rules.  They are threatened by your desire to change how things operate.  And just so there’s no misunderstanding, I do believe in rules–as long as they make sense.  But as soon as I see something that doesn’t make sense or something that I think can be better, LOOK OUT!  That’s when the fire inside of me gets to roaring and I become, like Katniss Everdeen, The Girl on Fire!

Look at Jesus.  Jesus knew full well the situation He was getting Himself into.  He had grown up in the community He was now ministering to.  He knew the people, He knew their hurts, and He knew that they were just a bunch of sinners.  But you know what else He knew?  He knew exactly what they needed.  He brought the side order of hope.  And Jesus is the example we are to be following.  We are to go out in our daily lives and fight for those who can’t, look at what’s going on around us and decide if it’s right or not.  If it’s not, we need to change it.

There will be opposition that will try to stop you.  Just remember what God said to Joshua, “Have I not commanded you? Be strong and courageous. Do not be afraid; do not be discouraged, for the Lord your God will be with you wherever you go” (Joshua 1:9).

How are you going to be a troublemaker this week? What areas of the world around you need a little shaking up?  How can you bring hope to those that need it?

Previous Teachable Moments
Next Do You Know Your Daddy?