Breaking News
Home / Faith / Does Your Sinful Nature Control You? 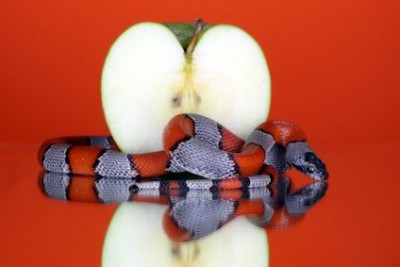 Does Your Sinful Nature Control You?

Consider the old man, there is one inside each of us. He is full of self, void of true concern for how others are affected by his actions, always seeking gratification and pleasure, a close friend of pride.  The Bible refers to our life before salvation in Christ as the life of the “old man.” But God’s Word also talks about the crucifixion of the old man after salvation occurs, when sin should no longer control our behavior. Over time, if there is no outward change in our behavior, It is an indicator of an inner problem. Does sin control you?

God has the answer to our victory over sin, seen throughout His Word.  Romans 6:6 has this to say in the King James Bible:

Knowing this, that our old man is crucified with him, that the body of sin might be destroyed, that henceforth we should not serve sin.

The Amplified Bible puts it this way:

We know that our old (unrenewed) self was nailed to the cross with Him in order that [our] body [which is the instrument] of sin might be made ineffective and inactive for evil, that we might no longer be the slaves of sin.

Dying to the sin nature does not mean that we will never commit sin again, but it does mean that sin’s control over us is put to death—crucified. The Apostle Paul knew firsthand what it felt like to have that war going on inside of him, lamenting that he found himself doing that which he did not want to do, and unable in his own strength to do that which he knew was right and desired to do.

The Bible’s comparison of the death of the sinful nature to a crucifixion bears the reality of our struggle to overcome evil. When one was put to death by crucifixion it began with flogging, which caused tears to the flesh that invaded the skeletal muscles and caused major bleeding to occur. As the nails were pounded in below the wrists, the underlying nerves brought fire-hot pain that surged through the arms. The simple act of taking a breath in this position caused horrible pain and became impossible in time, causing death.

Dying to our sinful nature is painful and it is not a quick process. We will have success and failure in the journey. But God is faithful, and He is with us as we strive to overcome sin’s hold:

And the world passes away and disappears, and with it the forbidden cravings (the passionate desires, the lust) of it; but he who does the will of God and carries out His purposes in his life abides (remains) forever. 1 John 2:17 (AMP)

Where are you in your relationship with Christ? Do you feel that sin still controls you? May we pray for you today?

My husband Dan and I have three children and three grandchildren. We live in central Illinois. I am a graduate of The Institute of Children's Literature, a member of faithwriters.com, and a member of SCBWI. My writings have been published at chirstiandevotions.us, in DevotionMagazine, the PrairieWind Newsletter, and here at thebottomline.co.
Previous The Sabbath: A Day of Food and Fellowship
Next Young Orphan Demonstrates the Key to a Prosperous Life