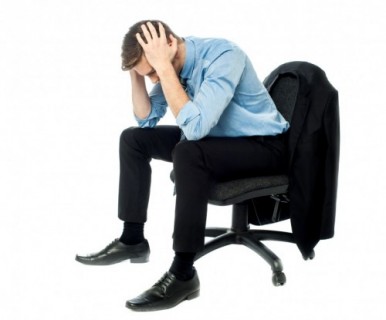 Driven By Emotions: Changed by The Divine

From the instant the alarm clock screams, “It’s time to get up!” our days are driven by emotions all the way from jubilation to sorrow. Arising out of the daily grind are intuitive premonitions, establishing the pacing, our attitudes, and at times our irrational or illogical decisions revolving around momentary feelings.

Even more so, one could easily listen to rational lies stating, “ You are the only one who is controlled by their emotions. Everyone else seems to have it together but you.” Other lies that unfold may make us feel worthless, rejected, or alone. Thoughts such as “no matter how hard you try, you will never be good enough for anyone especially God since your life is full of careless mistakes driven by pure emotion.

Simon Peter, better known as Peter, was no different. He was a dedicated fisherman until one day he was called to fish more than out of the waters of the sea. Zealous towards the instructions of his teacher, Peter was a reactor. Whether jumping out of a boat to walk on water towards (Matthew 14:26-31) Jesus or slicing off the ear of a priest when Jesus is arrested (John 18:10-11), Peter was the guy to passionately accomplish the task, except when he didn’t. Foreshadowed by Jesus, Peter refused to believe that he would ever deny his Lord.

Feeling like a complete and utter failure, the last words Peter ever shared with Jesus was all but a lie. A lie created from a desire within to do what he believed was right, yet all he could do was react to the situation. Peter never thought through what Jesus was saying, but Jesus knew. He knew that Peter would deny even the prediction of his denial because Peter never knew what love truly is.

After his resurrection, Jesus returns to the disciples and specifically questions Peter about his love.  Irritated by Jesus’ questions, Peter became grieved as he was asked a third time. “‘Simon, son of Jonah, do you love Me?’ And he said to Him, “Lord, You know all things; You know that I love You.” Jesus said to him, “Feed My sheep.” (John 21:17) Jesus’ request to Peter was an act of redemption allowing Peter forgiveness for his denial by reaction.

Even on the days that we have allowed our emotions to determine our footsteps, and we feel as if we are a hopeless failure, Jesus still wishes to restore us and make us whole again.

In what ways have you experienced a Peter like moment?  Do you know that you have been redeemed?

is an author and editor for The Bottom Line Ministries as well as a member of Faith Writers. Currently she teaches high school language arts. She is a mom to four amazing blessings and enjoys every moment life has to offer. Renee has a fervor and drive to learn, she loves to read and spend time with her family, and is involved with her local church ministries. Humbled by God’s gift of words, she has a passion to write what the Holy Spirit has placed in her heart. She hopes to publish her in-progress book someday, but in the meantime, is honored to be placed as part of the TBL writing family and is holding on to the ride wherever God is leading. Renee and her family reside in their country home in Holland, Iowa.
Previous Some Good Ol’ Heartwarming Humor
Next Matthew Henry: Faith and Hope In Suffering