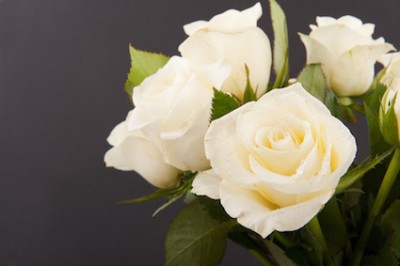 Some readers may have heard of Rev. Matthew Henry, and in fact some may have used and read some of Mr. Henry’s biblical commentaries. Matthew Henry (d. 1714) is one of the most respected biblical scholars of the past three hundred years; his work is exhaustive–yet inspired and relevant.

But most people do not know the trials and sufferings of Mr. Henry; this short article aims at touching upon that.  For upon knowing these biographical details, Matthew Henry’s life and Christian accomplishments are all the more meaningful.

Mr. Henry was born 1662 in England, and his infancy was marred with sickness and frailty.  His brother had died of similar circumstances, as an infant.  In those days, as would become evident to Matthew himself later on, many newborns and young children did not make it.  In some ways, that was a part of life for so many parents in those days before penicillin and other basic treatments.

Over the course of his adult life, Mr. Henry experienced six different premature deaths that undoubtedly haunted him as he struggled to believe and trust in the Almighty God, and His ultimate plan.  These unfortunate deaths included:

His two middle-aged sisters (during the same year)

And, his own life was not spared certain physical suffering.  Matthew Henry died at the relatively young age of 52 (not so uncommon in those days though), of a terrible disease which consumed the last two to three years of his life.

When tragedy strikes, most people are led to one of two distinct directions: they draw close to God, or, run very far away from Him.  Many readers have never felt the kind of sorrow and angst that Mr. Henry weathered.  Losing a young and new wife is certainly a terrible loss.  And there is nothing worse than losing your own child–especially at a young age.  Matthew Henry lost three daughters, and that pain at times must have been nearly unbearable.

What did he do as a result?  He was in the public eye as a scholar and a minister.  Did he denounce the Lord?  Did he become ever-spiteful?  Did he leave the ministry?

Matthew Henry did none of those things.  It is human nature to become angry at times, and I’m quite sure there were times that he was even angry at God.  However, anger is an emotion that passes.  It is not a way of life or a way of thinking.  Mr. Henry marched on with his ministry, and his Bible study.  His works include a six-volume, very thorough and practical commentary on the entire Bible.  He poured over each chapter and verse, prayed about it, and wrote what he deemed to be the meaning and the inspiration behind these stories and books.  His works have stood the test of time and are still read and used today.

It is easy to be a Christian when everything is going well, and when your life here on earth is truly blessed (from the outward appearance).  It is quite another task to be a true and faithful Christian servant (and leader) when this life brings major setbacks and sorrows that some may call “undeserved”.  For this, admiration is due to Mr. Henry–who joins a long list of Christian men and women through the ages who exemplified Christ and showed undying faith and trust in God the Father above.

What situation or trial have you faced that caused you to draw near to God? Or, did you run from Him?

Ken Lambert, D.Min, lives with his wife and twin boys in southern New Hampshire, and has written for a variety of religious and secular publications. He is co-author of Top Ten Most Influential Christians- since the Apostles, and is an adjunct instructor for Agape Seminary (Church History, Wisdom Books).
Previous Driven By Emotions: Changed by The Divine
Next Peer Pressure: Conforming to The Pattern of This World