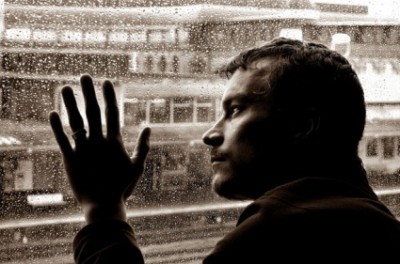 “If I had called, and he had answered me; yet would I not believe that he had hearkened unto my voice. For he breaketh me with a tempest, and multiplieth my wounds without cause. He will not suffer me to take my breath, but filleth me with bitterness.” – Job 9:16-18

From a human standpoint, we can certainly understand Job’s frustration and agony. Despite being a God-fearing man, he was struck with one catastrophe after another. At the start, his faith was strong and he declared, “God gives and takes away. Blessed be the name of the Lord.” But after a while, his heartache turned to heartbreak, and his faith slowly gave way to emotion.

I once heard a statement that completely changed the way I viewed my emotions. “Emotions are very real, but that doesn’t mean they’re always true.” Our emotions will lie to us. They will tell us that no one cares. They will convince us that we’re all alone in our struggles. They will assure us that we have the right to be angry or discouraged. But none of these things are true. They are feelings, not facts.

Unfortunately, Job suffered from the same confusion of fact versus feelings. Let’s break down his argument and then examine the truths that contradict his complaints.

1) “If I had called, and he had answered me; yet would I not believe that he had hearkened unto my voice.” In essence, Job was saying, “It doesn’t matter what I say, God’s not listening.”
Really, Job? Is that the truth, or is that how you feel right now? We know it’s not true. God is always watching and listening. Just because He doesn’t answer right away doesn’t mean that He didn’t hear our prayers. He knows what we’re going through, He hears our cries, and He will answer in His way and His time. That’s a fact.

2) “He multiplieth my wounds without a cause.” God doesn’t do anything in vain. He has His reasons although, like Job, we may not understand them. But let’s face it, God is God. He doesn’t have to explain Himself or His actions. He only asks that we trust Him to do what’s best for us. Job’s emotions told him there was no purpose for his suffering, but the fact was God had a plan all along.

3) “He filleth me with bitterness.” I think not, Job. God fills us with many things (i.e. love, joy, peace, the Holy Spirit), but He does not fill us with bitterness. If we become bitter, it is because we have chosen to do so, not because God has forced that bitterness upon us. Being bitter is a choice. It is basically the outcome of giving in to our emotions rather than confronting those emotions with the truth of God’s Word. Job was saying, “God, this bitterness is your fault!” But while God did allow all these things to happen to Job, the bitterness was Job’s own doing. It was his chosen response to his circumstances.

Emotions are real. Trust me, I know. I have often fallen into the trap of saying, “Well, I can’t help the way I feel.” But the fact of the matter is, I can help it. I cannot give into the lies of my feelings. I can respond to God’s Word rather than my emotions. I can choose fact over feeling, and so can you.

What emotions are you struggling with today? In what areas of your life do you struggle to determine fact from feeling?

Dana is a full-time Christian author and speaker residing in Greenville, SC with her husband and two dogs. In fulfilling her call to evangelize the lost and edify the saints, Dana spends her days writing devotions, devotional books and books for children, as well as recording podcasts on various Biblical topics. She serves in many capacities at her local church, including the roles of church pianist and ladies' Sunday School teacher. Dana has a passion for souls and longs to be used of God in whatever way He deems necessary. When not writing or serving at church, Dana can most likely be found reading or hiking a nearby trail.
Previous Fixers, Enforcers, and Why We Turn From Authority
Next The Coming Storm: The final Storm