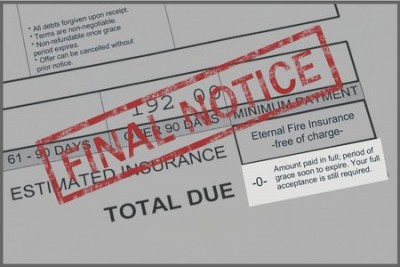 The Coming Storm: The final Storm

Many a prophet has warned of the coming storm upon America. Men like Franklin Graham, David Wilkerson, Paul Washer, and Leonard Ravenhill have warned us. But, this is not just another storm. It is the final storm.

We live in a most unique time in history. We will see with our own eyes the last storm God will send upon man. A storm is never sent without a warning. We, in America, have been warned. This final storm gives a whole new meaning to the foolish man who chose to build his house upon the sand.

This storm will be unlike any other previously brought upon man. The flood resulted in a remnant saved in Noah’s family. The destruction of Sodom and Gomorrah resulted in Lot escaping it. The heavens and the earth survived these storms. This final storm will destroy the heavens and the earth with a fervent heat. A new heaven and a new earth will then be created. It will be inherited by those who have built their house on the Rock of Christ Jesus.

We are only beginning to see the uniqueness of this end time. God is beginning to pour out His Spirit upon mankind in a way not seen in human history; even during the early Church. Satan has been let loose on the earth to work his evil as never before. Never in man’s relationship with his creator have these two things happened at the same time. The great falling away has already begun. So too, do I believe, has the last great upheaval of God’s Spirit.

Every other storm in human history had in it God’s purpose to lead man to one truth–that man can do nothing apart from the power and life of Christ. Throughout human history, God has shown He must first empty man of any hope of saving himself. This final storm will have an added purpose.

The added purpose to this final storm, and what makes it different than every other storm, is in the finality the storm will bring. It is the final trial, the final testing to see if we are found approved. We cannot weather this final storm, or any storm, on our own. It is impossible except for the life-giving blood of Jesus Christ.

We must cultivate this relationship that we have with Christ. He is teaching us through these storms that we require continuous total dependence upon Him. We must constantly rely upon God and be persistent in drinking from the cup of His living water, absorbing Christ’s life-giving Spirit. It leads to a continual state of growing in fruitfulness always bearing more and more fruit; just like a branch grafted to the vine.

When one rejects Christianity, one is not rejecting a religion, a belief, or a philosophy. One is rejecting a person; the Son of the living God. The only one who can give us eternal life.

This final storm will be unlike any other storm, for if this warning is rejected there will be no more storms to warn us of the impending eternal danger of rejecting the only One who can save us. This is the final storm warning. The final storm is coming.

How may you honor God and grow in your dependence upon Him as the storm warnings are blowing warning us of this coming final storm?

I Thirst For The Rock

I am a layperson with 35 yrs. of teaching Sunday School, bible studies, and preaching on occasion. I teach a bible study in a local prison. I am a 36 yr. counselor/social worker. I am disabled and have devoted the past four years to studying, praying, and writing about my greatest love; this gospel of Jesus Christ that has the power to save a man's soul. I also write devotions for a Church in Marion, VA and I write for an orphanage/ministry in Zambia, Africa.
Previous Fact or Feeling?
Next Our Hope: The Little Mustard Seed