Breaking News
Home / Faith / Digging Into The Mess By Faith 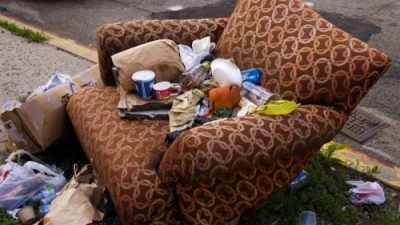 Digging Into The Mess By Faith

A young man swallowed his pride and headed down to his local church. He was in desperate need of shelter for the night being recently evicted from his home for his inability to pay rent. Opening the front door, the man proceeded to approach the minister in regards to his desperation. A simple smile appeared on the clergyman as he gently patted the young lad on his back stating, “Let me pray for you.” before sending him on his merry way.

Meanwhile, a single mother was making her best attempt lining up a ride to work for the third day this week. Her rusted and broken down jalopy rested alongside the curb until she could acquire enough funds to pay for the repairs. Until then, she would have to continue begging and hoping someone would understand her situation. Her neighbor was kind enough to offer a ride the first day, but after that, her response was simple “I will pray that God sends you a ride or the money needed for the repairs.”

Prayer. It’s one of the easiest responses to send forth from our lips; a simple solution to a potentially desperate problem. For example, you may have heard someone respond to your plea stating “I’ll pray about that.” or “I’m praying for you.” Although the prayer may have been sincere, it could be considered a lack of works, which translates to a lack of faith. Take a look at what God has to say on this matter.

“What does it profit, my brethren, if someone says he has faith but does not have works? Can faith save him? 15 If a brother or sister is naked and destitute of daily food, 16 and one of you says to them, “Depart in peace, be warmed and filled,” but you do not give them the things which are needed for the body, what does it profit? Thus also faith by itself, if it does not have works, is dead. (James 2:14-17)

James is trying to point to the notion that we can have all of the faith in the world, but if we do not put our faith into action, then do we really have faith or do we merely have hollow words that hope to see things accomplished?

Imagine if Abraham went up on the altar and just prayed and pleaded with God to not make him harm his one and only boy, and instead having the faith that God would come through, he just left after the prayer and walked back down the mountain with Isaac. Would the outcome have been the same?   Or, picture Noah, “Well, God, this is a lot of wood. It sure looks pretty nice.” What if he just stared at the trees and pointed out the potential flaws in God’s design, but he never followed through with the build?

Although prayer is a necessary part of the resolution, God also calls us to get dirty. Life is messy, and sometimes we will find ourselves knee deep in unanticipated yuck and muck, but through our actions, we are letting God know where our trust in Him resides; in our words, by our deeds, or the two working side by side.

is an author and editor for The Bottom Line Ministries as well as a member of Faith Writers. Currently she teaches high school language arts. She is a mom to four amazing blessings and enjoys every moment life has to offer. Renee has a fervor and drive to learn, she loves to read and spend time with her family, and is involved with her local church ministries. Humbled by God’s gift of words, she has a passion to write what the Holy Spirit has placed in her heart. She hopes to publish her in-progress book someday, but in the meantime, is honored to be placed as part of the TBL writing family and is holding on to the ride wherever God is leading. Renee and her family reside in their country home in Holland, Iowa.
Previous The Fault of “No-Fault” Divorce
Next Lucca: Tail-Waggin’ Battle Hero