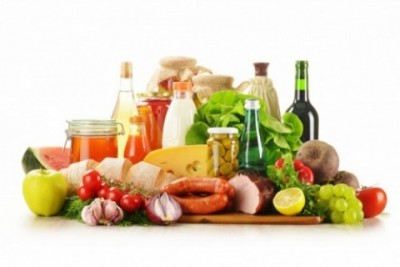 In 1978, Michael Hart published a somewhat controversial book, ‘The 100: A Ranking of the Most Influential Persons.’ Unsurprisingly, Jesus Christ made his list, but ranked third behind Muhammad and Sir Isaac Newton. In Hart’s opinion, Jesus’ influence fell short, due to those who claim to follow, but don’t abide (dwell) in His teachings. Mr. Hart said, ‘if Jesus’ words were truly obeyed, I would have placed Him first.’ Oftentimes, underneath good intentions, fear lurks; paralyzing the strongest of hearts. Honestly, I believe the majority of people want to live right. However, failures, rebellion, or negativity cloud the way. Still, following God on His terms leads to a deepening and peaceful relationship. And, those grounded in truth, receives powerful success…as seen in the lives of Joshua and Caleb. These two of twelve were sent to assess the land of Canaan (Numbers 13).

Assuredly, a great honor to be selected by Moses for such a feat. It meant the chosen men were trustworthy, physically able, and spiritually fit. Can you imagine reports from twelve different people? What a trip. After the scouting expedition, tribes gathered around to hear the outcome. All twelve spies witnessed the Promised Land was everything God declared. However, ten men focused on obstacles (giants) rather than luscious grapes and failed to give the whole story. But, warriors Joshua and Caleb envisioned it from God’s standpoint “If the Lord delights in us, then He will bring us into this land…flowing with milk and honey…do not rebel against the Lord, nor fear the people (giants) of the land, for they are our bread…the Lord is with us…do not fear them” (Numbers 14:9-10 NKJV). Sadly, the giants won this round. Though, short-lived.

Nonetheless, a happy ending for Joshua and Caleb, living to enjoy the Land flowing with milk and honey. Friend, the blessings God stores up for you and me are just as bountiful, teeming with goodness. Maybe not monetary gains, but peace resides. We can’t allow momentary setbacks to block the precious finish. Dream big or go home. Obeying Him brings lasting joy, even if we have to wait or don’t understand the delayed process. Charles Stanley said it like this, ‘trusting God means looking beyond what we can see to what God sees’. Footnote: ultimately, God wins.

Again, Joshua and Caleb wholeheartedly trusted God. In like manner, He will open a way for us as we seek His instructions. Okay, who’s on board? How do we fully follow the Lord, keeping our thoughts on higher goals, rather than struggles down here? What would your life look like if you were ‘all in, sold out, completely devoted’ to the One who died for you?

Darlene enjoys farm life in rural southern Georgia USA
Previous When Is the Best Time To Be Saved?
Next Get Off My Nerves!