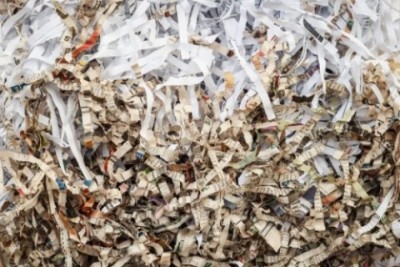 “Fundamental Change”: The Shredding of the Constitution

The smiles cheers and celebrations have begun. Television, radio, and social media are inundated with the news of the recent Supreme Court rulings. The celebration will, no doubt, be short-lived.

2Timothy 3:8-9 Just as Jannes and Jambres opposed Moses, so these men also oppose the truth, men corrupted in mind and disqualified regarding the faith. But they will not get very far, for their folly will be plain to all, as was that of those two men.

The brilliance of the American “experiment” is the three branches of government given equal powers. The powers of each branch, though equal, are separate and distinct.

Remember those basic lessons from your high school government class? Here is a quick summary of the respective responsibilities:

The framers of the Constitution, wary of imperial rule, did not stop there. They were so concerned with the threat of tyranny, and the tendency of man toward self-seeking power, that they empowered the citizens of each individual state to govern themselves in the same manner.

They recognized that the colonists in New York, Pennsylvania, and New Jersey did not have all of the same concerns as Georgia, South Carolina, and the other southern plantation states. Their businesses, customs, and values may differ. Therefore, our founding fathers created a nation of self-governing states, our beloved United States of America.

We united for the cause of liberty. Because “All men are created equal.” There would be no monarchy or ruling class.

Those uniting the nation for this righteous cause realized that it would be impossible unless all states joined in the endeavor. There were concessions made. There were those that were vehemently opposed to the accepted practice of slavery of the south. Yet it was not the battle to fight at the time.

The brilliance of those men, who penned the document on which all laws are based, empowered future citizens with the power to change, enact and abolish those laws which they deem necessary.

They realized the cultural, economic, and spiritual changes within this nation would evolve slowly in some states, change quickly and dramatically in others, and remain stagnant for the remainder.

We are created equal with inalienable rights endowed by our Creator. Our liberty to practice our religious beliefs even allows us the liberty to not believe that our rights are endowed by a Divine Creator – or to believe in a creator at all.

It upholds the Truth, without coercing anyone to believe it. However, as John Adams (in his wisdom) stated in his letter to the Officers of the First Brigade of the Third Division of the Militia of Massachusetts, October 11, 1798. “Our Constitution was made only for a moral and religious people. It is wholly inadequate to the government of any other.”

The purpose of the government is to maintain order in society. On June 26, 2015, five unelected men and women, by the act of their own will – not by consensus of the nine-member panel, but in a split decision, have created  disorder, confusion and chaos. Administrative actions such as this one from the Ohio Supreme Court is the result. Gender neutrality for familiar relationships, really? It is as if the court is completely disinterested in the harm they are doing to children and is rendering the family irrelevant.

They could have chosen to respect their positions as interpreters, rather than creators, of law. They should have opted to abide by The Constitution, which clearly and unquestionably grants states’ rights for the purpose of thwarting the tyranny which they fought to escape. The majority 5 did not.

The five justices certainly made a name for themselves in the history books. Their declaration may very well be remembered as the most destructive decision to this nation the high court has ever handed down. Emotionally, culturally, and politically driven decisions have no place in the highest court in the land. Social engineering does not belong in the Supreme Court.

The now historic Obergefell v. Hodges, Case No. 14-556 decision upheld claims of 14th amendment violations. The 14th “equal protection” amendment had to be ratified by Congress by the elected members of the States. All amendments to the supreme law of our land require ratification by a very deliberate process as written in Article 5 of the Constitution. There are requirements that must be met.

It was passed into law by the will of the American people. It is unlike a declaration of law by nine – (much less five) unelected men and women of our “Supreme” Court. They have deemed themselves wise enough to declare that in America, neither centuries of cultures, multitudes of religious beliefs nor the fundamentals of natural law, are relevant. In comparison to personal “feelings,” it is the feelings – nothing more than feelings,” that take precedence.

Congratulations justices. You have tarnished your sacred position.

You have undermined the law of the land by undermining the states’ ability to govern themselves. It is not a moment of which you should be proud.

Our soldiers are sworn to protect and defend the United States and the Constitution against its enemies, both foreign and domestic.

Who is the real enemy of the State? Who is our enemy and what is his goal?

Melinda is currently the worship leader at her small church in rural America. Married for 23 years, she and her husband Larry have one son. She is the Director of Mailing in the print/mailing industry by day and freelance author by night. Her desire to write is a passion borne from tragedy. God used it to take her faith to a much deeper level. Melinda is a freelance writer and member of FaithWriters. She joined the TBL team in March 2014. Believing we are citizens of a greater ‘kingdom,’ her articles for The Bottom Line examine governmental responsibility, citizen involvement and current political topics. With the great wisdom contained in scripture as her guide, she looks at today’s political environment from a Biblical perspective. She prays her words will prompt the reader to view citizenship - and every aspect of their life, through the eyes of faith. Col 3:17 To read more of Melinda’s writings on her faith, hope, and life visit her blog Still Living Still Loving or her page at Faithwriters.com. You can also follow her on Twitter @MKZbk.
@@MKBzk
Previous Does it Get Any More Perilous Than This?
Next Love wins for teen who speaks for Christ in boldness and humility