Breaking News
Home / Faith / God Has a Plan in Your Suffering 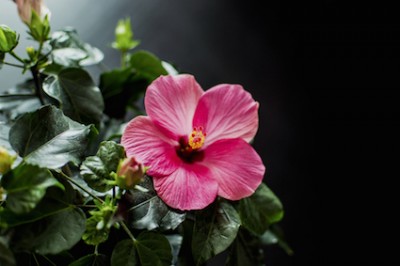 God Has a Plan in Your Suffering

“And we know that in all things God works for the good of those who love him, who have been called according to his purpose” (Romans 8:28).

Despite our aversion to suffering, the Lord uses it for good, for a purpose and to lead us to where He wants us to be.

I have a chronic pain condition that often makes my life miserable and has gotten worse as time goes on making working nearly impossible without horrific pain and exhaustion. I have long needed to leave my job and spend time at home working on getting better or at least making my condition more bearable.
My job was also very stressful, something that contributes to my condition and makes it worse. But I felt stuck in the sense that I could not even think of looking for a new job, knowing I would not be able to function well enough to work somewhere else.

However, the Lord began to supply me with writing jobs that I was able to do with much regularity since I could do this from home and rest as needed. The success I enjoyed was instantaneous and plentiful. I applied for jobs with three ministries to write devotional articles and was accepted at all. I also applied for two websites that use freelance writers to supply their clients with blog posts and website content. I also was accepted for both of these.

The Lord has gifted me with writing skills and talent so that I was able to procure these jobs, but only through His help. He handpicked these opportunities for my new job as a freelance writer. To have so much success so quickly comes by the hand of the Lord–of this, I have no doubt. At the same time, my job became more and more of a pressure cooker, with every day worse than the one before, which caused my pain to become even worse.

Why would God allow this greater persecution? Doesn’t He love me and want me to suffer less instead of more?

Yes, but, looking back, I see that God was not necessarily forcing my hand, but instead tightening the net so that I had only one way to go. He made provision for me beyond that job and all the circumstances He allowed came together to bring His plan to fruition at the proper time.

Once I was prepared to leave that job and write full-time I began to plan my escape. Things came to a head when I requested time off to accompany my daughter to an interview for graduate school and went downhill from there, ending in yelling and cursing by one of my co-workers, and with that straw the camel’s back was broken.

I knew that giving a two-week notice was going to result in two weeks of intense mental and emotional turmoil. Although I have never left a job without a notice, in this case, I planned to be prepared to leave for good at any time, refusing to endure two weeks of insults and personal attacks. My health was not able to take that kind of pressure. In the end, God’s plan was perfect. He directed me to make a plan to take a medical leave and resign at the end.

All went perfectly and instead of two weeks of stress, God orchestrated His plan to come to pass, and instead I walked out one snowy day and never went back. When I stop to think of it, it is like a dream, but it is real. It is a miracle from God to release me to move on. He sent me there to be a Christian influence and once that influence was gone, He released me.

If God is squeezing you, know that He has a plan to redeem your suffering for good and take heart. Jesus said, “In the world you will have trouble, but be of good cheer for I have overcome the world.” (John 16:33)

God has a plan.

How can you see God working through your own suffering?