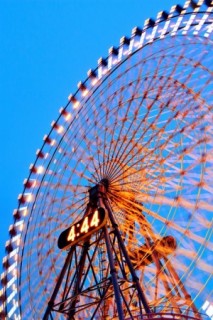 God can use dreams to speak to any one of us.

God Can Speak Through Dreams

God is always speaking. Since we spend a significant portion of our lives sleeping, it stands to reason that the Holy Spirit would continue to speak to us when we rest. Often, we miss Him because we are simply not tuned in.

Dreams were one way God frequently spoke to people in Scripture. “For God does speak—now one way, now another . . . in a dream, in a vision of the night, when deep sleep falls on people as they slumber in their beds,  he may speak in their ears” (Job 33:14-16). Jacob and his son Joseph, Solomon, and Mary’s husband Joseph, all were given significant revelations from God through dreams. God even used dreams to communicate to and through those who were not His people, such as King Abimelech, Pharaoh, and Pilate’s wife.

One of the benefits of God using dreams to speak to us is that certain factors that impede hearing Him while we’re awake aren’t present. Self-awareness, self-control and self-interest fade while we slumber. As in everything else, God can accomplish so much more when “self” is out of the way!

For many years I assumed I was not much of a dreamer. I knew that God had occasionally and unmistakably spoken to me in certain dreams, but I did not actively tune in or pay attention. A friend’s teaching on prophetic dreams inspired me to start proactively asking The Lord to speak to me in dreams. She also suggested keeping a separate prayer journal for dreams which I sensed held spiritual significance. Instantly, I noticed that I was having at least one very poignant and vivid dream each night, which would come back to me at some point after waking up. These dreams involved family members, friends and their ministries, as well as political and international events. Sometimes, God used a dream to tell me I needed to repent and let go of anger.

I began recording the dreams and asking God for interpretation. Some were very obvious. Others, which held significance for people I knew, I sometimes asked The Lord whether I should share. When He said yes, the people involved often remarked that they’d received clarity or encouragement for something.

Not every dream has spiritual significance or is from God. Many dreams are simply the natural mind resting itself and processing situations. Some dreams are demonic (see Deuteronomy 13:5, Job 4:13-15) and can be used to intimidate, deceive, or seduce. Recently I wrote about the significance my children’s dreams have had on me, including inspiring me to pray for protection hours before a car accident. As any other communication we get, we are instructed to test the spirits (1 John 4:1) as well as view the word we receive in the light of Scripture.

Many dreams have layers and symbolism. An object, place, animal, or person in a dream may represent something or someone else. For instance, I have dreamt at times of being on a train and seeing fog swirling all around the tracks ahead. The train symbolizes ministry, and the fog is spiritual oppression. Another time, I had a dream that one of our pastors was piloting a plane I was on, and his wife was giving instructions before lift-off. Shortly after that, I dreamt they had given birth to a new baby (they were both in their late sixties at the time).  The symbolism in both dreams was different but clearly pointed to a new ministry which was about to take off or be birthed.

Emily Tomko's radical encounter with the Lord while at a nightclub changed her life forever and inspired her first novel, College Bound: A Pursuit of Freedom. She is the author of seven books, including 31 Thoughts on Prophecy and Leaving the Shallows: igniting the faith that overcomes the world. Her tastes tend toward vintage and she's a Germanophile, having spent a year in Bremen and Nuremberg. Emily loves the scriptures and writes with fierce compassion and a deep desire to see people freed from the miry clay of this world and walking in the truth.
Previous Preparing for the End Times
Next Five Minute Fixes for a Clean House