Breaking News
Home / Faith / God Will Supply All Our Needs 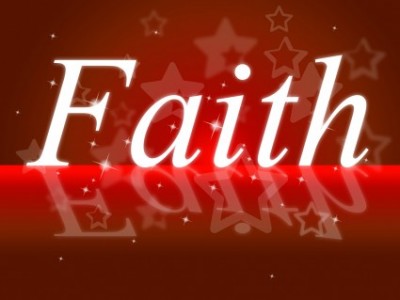 God Will Supply All Our Needs

Do you ever feel lacking?  Or overwhelmed by a heavy burden?  Has God taken you to a place where you cannot see how you can move forward with the resources you have?

“My God will supply all of your needs according to His riches … “ (Philippians 4:19).

“Now to him who is able to do immeasurably more than all we ask or imagine, according to his power that is at work within us” (Ephesians 3:20).

Sometimes God surprises us.  We think we have Him figured out then He throws us a curve ball.  My youngest daughter has graduated college and is heading to grad school.  There was one school in particular she was interested in.  Because there are a limited number of spaces for each program, not all applicants will be admitted; therefore, there is a fierce competition for acceptance.

The school she selected has very high academic standards and is hard to get into. However, she was granted admission then went about the process of finding a place to live and various other chores to be attended to prior to leaving in the fall.  This is a Virginia Tech satellite campus in Northern Virginia up near Washington D.C., and is heavily populated and heavily trafficked as well and she when we went to look at the apartment she had found, she was very nervous in the traffic even though I was driving.

Now, I can tell you that we were praying for God’s will to be done no matter the choice. However, we made the assumption that God was approving the move and the school because we all knew that if she was accepted at this college, she would definitely accept, and God knew it too.  But most of the time we actually haven’t got a clue how God will move; therefore, we have to be flexible and ready to move in any direction He leads, no matter what we think is His provision.  When it becomes clear that He wants you to change directions, be ready to go.

She was also accepted at Lynchburg College, in Lynchburg, Virginia, the same town as where she earned her undergraduate degree.  I thought all along it was a fall-back school in case she did not get into her first choice.

One day she asked me, “Do you think I should go to Lynchburg College?  I had no idea that was even an option.  So we decided to if she could still accept that offer, which she could.  Then began the debate; there were pros and cons mapped out, several pleas for “Mom what do you think I should do?”  To which I had to reply, “I cannot tell you what to do.”

Lynchburg College is, also where her boyfriend and his wonderful parents live, it’s my hometown; the cost of living is a third of what it is in Northern Va., and the program is two years versus three at Va. Tech.  Tuition is also less expensive, resulting in an overall cost of $23K versus $48K.

I waited while she debated, but when she made her choice I was very glad she had chosen Lynchburg College.  But we were puzzled.  We thought Va. Tech was God’s choice, but it became very clear that choosing Lynchburg College supplied all her needs, except for the financial aid.  I asked God; she asked God and I waited for His answer, however, and whenever it would come.

It came in the form of provision, and the ease of it.  In short order, she registered for classes (all she needed were still available), and she found an apartment at about a third of the cost.  Everything fell into place quickly and completely.  Nearly everything was in place except securing financing and employment.

With the tuition payment deadline on the horizon in four weeks time, we began to search out loans.  We completed the necessary forms, submitted them to the college and waited, but she did not receive anything from them.  However, through a series of emails and phone calls her award letter was found and emailed within an hour of calling.

When I saw the result I stared at the number, my eyes wide and said, is that the amount?  It was.  She has been offered the maximum available to grad students as well as a grant for going to college in-state.  It’s twice the amount she will need.  The pieces fell into place perfectly, all things are taken care of and I know He will take care of whatever comes next.

Why does He do it?  I don’t know, except to say He is good and generous beyond what we deserve and we are so grateful of how He loves us.  He never ceases to amaze me, catching me unaware with his provision, love, care, and protection.  We love Him because He is God, and gratefully accept what gifts He gives, yet knowing if He never did another thing for us, we would still worship Him.

Oh, and about Va. Tech, it dawned on me, that she actually got what she wanted which was to be admitted, but I guess that was as far as God wanted her to go.

How has God surprised you in the revelation of His will? Have you ever been convinced that He was leading you one way, only to discover that He had other, even better plans? We’d love to hear your testimony. Please share with us at www.mystoryofgrace.com.

Previous Making the Best of a Bad Situation
Next Our Hope: Righteous Anger