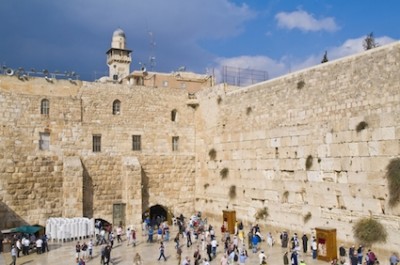 “Now the Passover of the Jews was at hand, and Jesus went up to Jerusalem.  And He found in the temple those who sold oxen and sheep and doves, and the money changers doing business.”  John 2:13-14 (NKJV)

The temple in Jerusalem was a holy place.  It was for prayer, teaching and preaching, and for all things to do with the Jewish faith.  It was not, however, to be used as a selling place.  It was not to be treated with such disrespect.  It was the dwelling of the Lord, and therefore, was not to be defiled by those who were only interested in personal gain.

Imagine how Jesus must have felt.  He, above all others, knew the significance and importance of the holy places of the Lord.  He inherently considered them set apart from other facilities and buildings.  Temples were for worship, praise and learning.  The market places in other parts of the cities were for selling and trading.  He had to have been personally affronted by the careless display of commerce that was being allowed in the temple of His own Father.  Surely He, too, would have felt anger at this disgrace.

“When He had made a whip of cords, He drove them all out of the temple, with the sheep and the oxen, and poured out the changers’ money and overturned the tables.”  John 2:15

There it is.  Jesus was angry.  He had good reason to be.  But don’t we put Him above all that? That He should be angry at people’s actions seems to be at odds with what we believe of Him.  We are the sinners, not Him.  We are the ones who get hot and mad immediately, and often scream and yell, and yes, even throw things and overturn things.  But when we do that, isn’t it generally because of unrighteousness?  We get angry and speak harsh words, when we should speak softly and kindly.  It becomes all about “me”.  This is selfishness, and therefore, unrighteous anger.

Jesus, however, became angry for a greater reason.  Disrespect of the Father, the Lord our God, is not to be tolerated.  The rules of the temple were designed to forbid such activity, to allow holiness only.  God was to be honored, and His Word was to be taught, prayers and sacrifices were to be offered to Him.  But animals for the purpose of monetary gain?  No, Jesus was right to be angry.  This was His Father’s house.  It was HIS house, as well.

“And He said to those who sold doves, ‘Take these things away!  Do not make My father’s house a house of merchandise!’ ” John 2:16

Jesus set the record straight, and He used definitive words to do it.  His voice rang in authority.  If you try, you can just imagine the people scurrying about, retrieving their money, their merchandise, and their animals, and running as fast as they could from the temple.  They must have known they had crossed the line.  The righteous anger of Jesus had accomplished the return of sanctity to the holy temple.

This incident shows us why Jesus is Our Hope.  As He became righteously angry because of selling and trading in the temple, surely He becomes righteously angry when someone brings evil to His children.  We can count on His protection, love, and care.  He is the hope of the world, and of each one of us who know Him.

Was there a time you can recall when you became angry in a sinful way, and likewise, was there a time when your anger was considered righteous?  Please share your experience with us at www.mystoryofgrace.com.

disrespect of the Father holy places of the Lord house of merchandise Jewish faith John 2 moneychangers Our Hope: Righteous Anger Passover personal gain righteousness selling place the return of sanctity to the holy temple the temple in Jerusalem they had crossed the line unrighteousness www.mystoryograce.com 2015-07-08
Lili

Tags disrespect of the Father holy places of the Lord house of merchandise Jewish faith John 2 moneychangers Our Hope: Righteous Anger Passover personal gain righteousness selling place the return of sanctity to the holy temple the temple in Jerusalem they had crossed the line unrighteousness www.mystoryograce.com

Lili lives in central North Carolina. She writes devotionals and Christian articles and has been published in e-magazines, newsletters, and articles. She is a member of Faithwriters.com. She and her husband Chuck love to travel, and are animal lovers as well. They are active in their local church. Lili credits God for any inspiration that allows her to write. It's all about Him!
@@ohiolili
Previous God Will Supply All Our Needs
Next The Power to Pray Gutsy Prayers