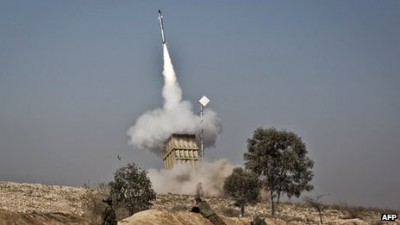 God’s Protection Over Israel In The Gaza War

God’s Protection Over Israel In The Gaza War

Can God deflect missiles? Has God shown His miracle power on behalf of Israel in the Gaza conflict? Read the following account by a commander of the Iron Dome, Israel’s defense system. “A missile was fired from Gaza…” that was headed for a populated area. Even though Israel’s defensive missiles have been highly effective, in this particular instance after two attempts they failed to hit the incoming enemy rocket. Then with just four seconds left before impact, the commander witnessed a miracle. He saw “a major wind coming from the east that sends the missile into the sea. We were all stunned. I stood up and shouted ‘There is a God.’ I witnessed the miracle with my own eyes.”

Is this account of the wind deflecting a missile and giving God the glory just one sided? Here is what one Hamas military leader said. “We do aim our rockets but their God changes their path in mid air.” Zechariah 12:8 says, “In that day shall the Lord defend the inhabitants of Jerusalem.”

Earlier in the conflict an Israeli infantry commander stated publicly that his troops would go against the enemy that “curses, defames, and abuses the God of Israel.” As his men approached an enemy encampment in broad daylight, a mysterious fog protected his troops. This reminds me of the story of David and Goliath in I Samuel 17. In verse 26 David bravely spoke, “For who is this…that he should taunt the armies of the living God?”

This is very exciting stuff! God has been at work in the Gaza conflict, defending Israel, just like He has down through history. This current story could be added to all of the Old Testament accounts, and Zechariah 12:8 is being fulfilled before our very eyes. God also did miraculous things on behalf of his chosen people during the 1967 six day war, even though Israel’s troops were out numbered by almost 200,000, and they fought against other incredible odds. There is a God who intervenes in the affairs of humanity, and He has a divine agenda. Each of us is accountable for what we do in response.

John Livingston Clark is 67 years of age and lives in central Washington State. He has written two published books, and two published poems. His initial book is called, " God's Healing Hope: Breaking the Strongholds of Wrong Thinking." His second book, released in December of 2016, is a motivational book written to seniors titled, " Seniors: Are You Retiring or Recharging?" Both books are available on amazon. You can also view his writings on www.faithwriters.com. John is available to speak on a variety of topics. Visit me at jclarkministries.com
Previous How To Enjoy Your Life
Next Why I Love This Movie: “Still Holding On: The Legend of Cadillac Jack”