Breaking News
Home / Entertainment / Why I Love This Movie: “Still Holding On: The Legend of Cadillac Jack” 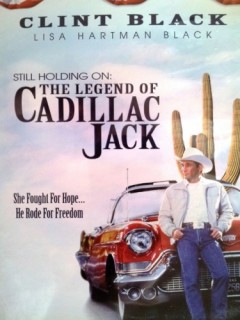 Why I Love This Movie: “Still Holding On: The Legend of Cadillac Jack”

An honest man is framed for a murder he didn’t even know about and is sentenced by corrupt officials to life in prison… it sounds like a great movie plot, which it is. It is also a true story.

I love this movie and here’s why:

1. A good man is portrayed as a good man.
In most mainstream movies and T.V. shows (including children’s shows), men are portrayed in a very poor light. It is refreshing to watch a movie in which the man has a strong, steady character. In the movie, Jack Favor’s character is so that even Vernon Kelly, one of the criminals, states, “I know a good man when I see one.”

2. The movie shows the value of possessing a godly character.
Although the movie doesn’t directly say it, Jack Favor was a Christian. He was known for standing by his word, something the movie does a great job of showing. There are a couple of heartwarming conversations he has with his son, and his character, in addition to his abilities, ends up earning him respect wherever he goes.

3.You can see the power of a supportive family and a strong marriage.
With her husband sentenced to life in prison, Jack’s wife, Ponder, refuses to abandon him or give up hope that all will be set right. Even when Jack, in a moment of weakness, urges her to divorce him, Ponder continues to be a strong source of support for both her husband and their son.

4. Clint Black acts with his wife Lisa Hartman Black.
There is a definite chemistry between the lead actors and it is no wonder, for they are married. In fact, Clint’s love interest in his other movies is also played by his wife – talk about fidelity on and off the screen…

5. This movie looks at the cost of truth.
Given the choice between holding fast to the truth or falsely admitting to the murders in exchange for being released from prison, Jack Favor chooses the truth. Other’s involved with the case have lied and benefited, yet he refuses to follow that pattern.

6. The honest criminal experiences a type of redemption at the end.
Vernon Kelly maintains from the beginning that Jack Favor is a good man and is innocent of the murder. He finally testifies, at great cost to himself, to Favor’s innocence. In return, you see a nod of respect from Favor.

7. This movie presents the challenge: what would you do if you were falsely accused?
Jack Favor was helpless as the jury and the judge passed the verdict against him. It is hard to even fathom how we would respond to such a situation. Anger? Hatred? Bitterness? Rebellion? Although Favor doubtless experienced many emotions, he never tried to escape or compromise what he knew to be true.

8. It displays the value of using the gifts we’ve been given wherever we are.
Cadillac Jack Favor was a champion, record-breaking rodeo star. While in prison, he used those abilities to start a prison rodeo and earn money to provide inmates with items they needed and with funds to travel home for emergencies.

Altogether, this is a challenging, heartwarming story of a man whose character was tested by fire and who came out even stronger at the end. It is also family friendly with no swearing and minimal displays of violence.

Today, the family of Cadillac Jack Favor is still working to get him accepted into the Professional Rodeo Cowboys Association (PRCA) Hall of Fame.

For more information about the true story of Cadillac Jack Favor, go to:

I was born and raised in the plains of Kansas. After high school, I moved to Omaha, Nebraska where I graduated from Grace University with a Bachelors in Bible and Elementary Education and an endorsement in ESL. A couple of months later, I moved to China and taught ESL at an International school for three years. It was during this time that I became a member of Faithwriters. In 2010, I moved back to the U.S. and taught for one year on the Navajo Reservation. At the end of that year, I moved to Albuquerque where I met and married my husband. I now have beautiful baby girl and work part-time as a writer and a tutor.
Previous God’s Protection Over Israel In The Gaza War
Next Hidden Rulers