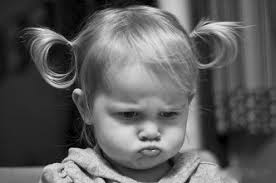 Throughout the book of Exodus and Numbers the Israelites complained.  God, through Moses, had battered the Egyptians with ten plagues until Pharaoh finally agreed to let the Israelites leave after God struck all of the first-born of Egypt, both people and animals.  As they made their way to the Red Sea, God moved on Pharaoh’s heart to change his mind and chase the children of Israel, to re-capture their slaves they had become dependent on to build cities and perhaps even the pyramids (the Bible does not say that the Israelites worked on the pyramids, but the secular historian, Josephus, in his work entitled “The Antiquities of the Jews, does).

When the Israelites saw the Egyptian army coming for them this is what they said in Numbers 14:11-12, “They said to Moses, ‘Was it because there were no graves in Egypt that you brought us to the desert to die? What have you done to us by bringing us out of Egypt?  Didn’t we say to you in Egypt, ‘Leave us alone; let us serve the Egyptians’? It would have been better for us to serve the Egyptians than to die in the desert!’”

God, in a dramatic why, parted the Red Sea, saved the Israelites, and drowned the entire Egyptian army.  And in the beginning of Exodus 15 they sing and praise Him, but the party didn’t last long.  By the end of Exodus 15, after three days without finding water, they were at it again.  They complained about the lack of water, and when they found water, it was bitter.  God caused Moses to throw a stick of wood into the water and it became drinkable (the first water purifier).  By the next chapter, it is the lack of food they are complaining about.  Again they say that they should have stayed in Egypt where they had food instead of starving to death is the desert.  God gave them quail at evening and manna in the morning.

Moving into Chapter 17, we again have a water problem combined with a death wish.  The people complain they are thirsting to death.  God brings water from a rock.  There is more, but suffice it to say, at every stumbling block they tripped.  The next issue was scouting out the Promised Land, which was indeed “flowing with milk and honey,” but also was occupied by giants and people in fortified cities.  Out of the 12 spies only two, Joshua and Caleb, suggested they push on, but the other 10 said they should not go.  Again they accuse the Lord of bringing them out of Egypt to kill them!

This was not the end of their complaining, but you get the idea.  Complaining about what God has provided for us is sin, but there are other consequences also.  When we complain about what God has given us, or not given us, others may be listening and imitating us.  Remember the old saying, “little pitchers have big ears?”  Our kids are taking their cues from us, and while they may get further than we did, the things we speak sometimes come back to haunt us or our decedents.

After entering the Promised Land, the Lord gave the Israelites a great victory over Jericho, but shortly thereafter things took a turn for the worst.  Although the Israelites defeated Jericho, a large fortified city, they were unable to conquer the smaller city of Ai even though the Israelite army was much larger than they.  It was, we find out later, related to the sin of Achan in taking some of the treasure from Jericho that was to be dedicated to the Lord.  But hear what Joshua, the brave spy, says at this defeat.

And Joshua said, “Alas, Sovereign Lord, why did you ever bring this people across the Jordan to deliver us into the hands of the Amorites to destroy us? If only we had been content to stay on the other side of the Jordan!  Joshua 7:7

Joshua had heard his parents, grandparents, and relatives ask this same question over and over during the 40 years that they wandered in the desert until all the unfaithful ones had died before God allowed the others to enter the land He promised.

Although Joshua was strong in the Lord and had seen His mighty works, as soon as something unexpected happens, he joins his voice to the cries of the Israelites accusing God of planning their destruction.  I know that sounds harsh to say he accused God, but that’s what he did and he learned it at his father’s knee.

Our inheritance may include both good and bad, but it is up to us which we choose to remember.  Throughout history people have chosen to do better than their parents in their words, deeds, and actions.  Racial prejudice carries from generation to generation, but it only takes one generation to break that cycle.  Joshua had successfully broken the cycle of not trusting God enough not to question His plans, and yet, when the chips were down, he fell back on his parent’s way.

Happily, Joshua rooted out the offender and went on into the Promised Land, but this is a word for us and our children to seek to carry on only good things, and to teach only good to our children.  Before you speak or act, think about who is watching and listening to you and what effect that may have on future generations.

Previous Our Hope: Help My Unbelief!
Next When Your Child Asks Hard Questions