Breaking News
Home / Faith / Heroes Of The Bible: Elijah Vs The Prophets Of Baal 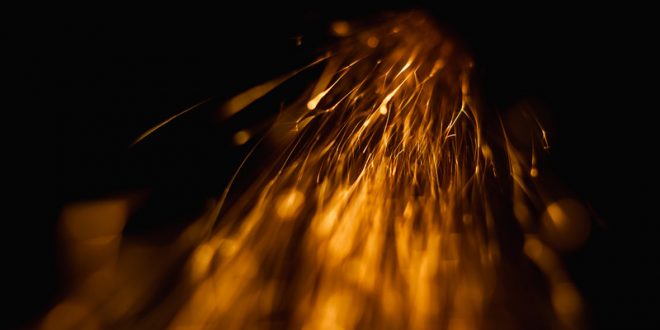 Heroes Of The Bible: Elijah Vs The Prophets Of Baal

In 1 Kings 18:20-40 a single prophet of God stood alone against the 450 prophets of Baal and brought a nation back to God. At that time in the history of Israel there was mass apostasy, where nearly everyone had abandoned the one true God and went after the false god Baal, but God had other plans. He came to His prophet Elijah with a plan to bring the people back, they would have a contest to prove who the real God was.

1 Kings 18:22-24 Then Elijah said to the people, “I, even I only, am left a prophet of the Lord, but Baal’s prophets are 450 men. Let two bulls be given to us, and let them choose one bull for themselves and cut it in pieces and lay it on the wood, but put no fire to it. And I will prepare the other bull and lay it on the wood and put no fire to it.  And you call upon the name of your god, and I will call upon the name of the Lord, and the God who answers by fire, he is God.” And all the people answered, “It is well spoken.”

The prophets of Baal went first and for hours they cried out to their idol, for it to answer with fire from heaven, they even cut themselves until their blood was flowing, but there was no answer. While they were doing this, Elijah stood back and mocked them saying their god did not answer because he was sleeping, or stuck on the toilet. Now that takes a lot of nerve, here he was out numbered by 449 religious fanatics who were cutting themselves and he has the cheek to tell them to their face that their god is stuck in the bathroom.

1 Kings 18:27 And at noon Elijah mocked them, saying, “Cry aloud, for he is a god. Either he is musing, or he is relieving himself, or he is on a journey, or perhaps he is asleep and must be awakened.”

No matter what the prophets of Baal did, they received no answer, they received only silence because they worshiped a false god, a god that does not exist.

Then it was Elijah’s turn and to prove his point he made his challenge even more difficult. Instead of simply making an alter and calling down fire, he ordered that water be poured over it, to soak it through so it would be too wet to burn.

Then Elijah called upon the name of the LORD and fire came pouring down onto the sacrifice and burned it up, this fire was so hot it turned everything to ash and the water turned to steam. Can you imagine what that must have been like? To see fire fall from heaven, to have the LORD prove beyond any shadow of a doubt that He alone is God would have been something that they would remember everyday for the rest of their lives. In fact at seeing such a miracle, all the people fell on their faces and confessed that the LORD alone is God.

1 Kings 18:38-39 Then the fire of the Lord fell and consumed the burnt offering and the wood and the stones and the dust, and licked up the water that was in the trench. And when all the people saw it, they fell on their faces and said, “The Lord, he is God; the Lord, he is God.”

Elijah then ordered the people to seize the false prophets and took them all down to a brook and slaughtered them. I remember one commentator saying he lined them up and went down the line cutting their throats. The brook no doubt turned red with their blood.

1 Kings 18:40 And Elijah said to them, “Seize the prophets of Baal; let not one of them escape.” And they seized them. And Elijah brought them down to the brook Kishon and slaughtered them there.

What I find funny about the story of Elijah is that there he was, one man against all those prophets and he was fearless to the point of making fun of them while they prayed, but after this amazing victory, one woman threatened him and he ran away as fast as he could.

1 Kings 19:1-3 Ahab told Jezebel all that Elijah had done, and how he had killed all the prophets with the sword. Then Jezebel sent a messenger to Elijah, saying, “So may the gods do to me and more also, if I do not make your life as the life of one of them by this time tomorrow.” Then he was afraid, and he arose and ran for his life and came to Beersheba, which belongs to Judah, and left his servant there.

Elijah went on regain his courage and trust in God and do many other things and was eventually raptured into Heaven on chariots of fire, he even makes a brief appearance in the New Testament where he and Moses talk with Jesus when He is transfigured.

Elijah has an intriguing story that goes beyond this one episode of his life and I encourage you to take a deeper look at this amazing man of God.

What can you learn from Elijah’s battle with the false prophets? How does it relate to your struggles?

Jonathan Kotyk is a student, self taught philosopher, recovering addict and born again Christian. He has spent time on both the far Left and Far Right side of the political spectrum and lives in Canada.
Previous An Orchestra Made From A Landfill
Next Caution: Sin is Infectious!