Breaking News
Home / Heart Warming / An Orchestra Made From A Landfill 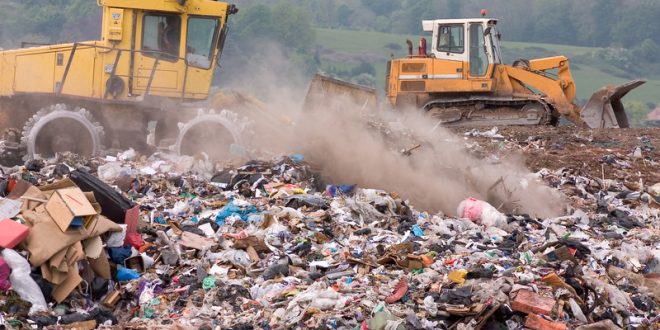 If one did not know any differently, from the way it sounds, it would be a professional orchestra. This young group of musicians are as good as they come. They have toured the world. They have performed for Pope Francis, and with Stevie Wonder, among others. But they are not your typical musical ensemble.

The Recycled Orchestra of Cateura comes from Paraguay. Cateura is a very poor town of 2500 families living on the edge of a trash dump. Tons of debris are hauled in on a daily basis. Residents live off of whatever they can find in the landfill.

This all began to change in 2006 when Favio Chavez, an environmental engineer, came to town to start a recycling program. In his heart he wanted to do more than just recycle rubbish. He got the idea of teaching the kids music. After talking to people in the community, his recycling took a different turn. The Recycled Orchestra was born.

At first instruments were donated, but the group became so popular that there were not enough instruments to go around. The answer? Build them from whatever could be found in the dump! Strings, brass, woodwinds, and percussion were being built using cans, wooden spoons, bent forks, oil drums, X-ray film, packing tape, drain pipes, coins, spoon handles, and bottle caps, among many other thrown away and supposedly unusable items. If this wasn’t enough, the youth were taught to play them at a level of very high quality.

The orchestra has raised enough money through touring to transform their entire community, including building new homes for some of the families. Favio ended up recycling more than trash. He transformed lives. This has to be at the top of the list for inspiring stories. When you watch the video below I think you will agree.

No child, or person of any age, deserves to live in such deplorable conditions! This one man saw the potential of what each young person could become. God sees that in each of us, his special creations. He can take you out of whatever circumstances you find yourself and raise you to a new level! Claim the promise given in Ephesians 3:20:

“Now to Him who is able to do exceeding abundantly beyond all that we ask or think, according to the power that works within us.”

Then give back what has been done for you, in a creative expression of praise. In the case of the Recycled Orchestra of Cateura that is being done through the music of a symphony (Psalm 150:3-5).

What might be something that you can do to help a person break out of some circumstance that will lift them to a higher level of living?  What potential do you see in someone you know?

John Livingston Clark is 67 years of age and lives in central Washington State. He has written two published books, and two published poems. His initial book is called, " God's Healing Hope: Breaking the Strongholds of Wrong Thinking." His second book, released in December of 2016, is a motivational book written to seniors titled, " Seniors: Are You Retiring or Recharging?" Both books are available on amazon. You can also view his writings on www.faithwriters.com. John is available to speak on a variety of topics. Visit me at jclarkministries.com
Previous I’ve Left My Life
Next Heroes Of The Bible: Elijah Vs The Prophets Of Baal