Breaking News
Home / Faith / How Close Are We To The Tribulation And Rapture? 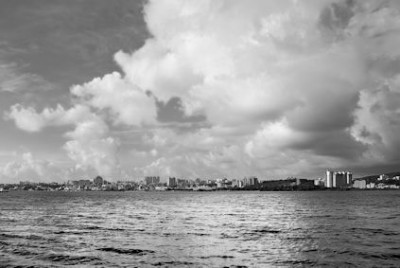 How Close Are We To The Tribulation And Rapture?

“I believe you are the generation that will not experience physical death.” Those were the words spoken by Hal Lindsey, author of the Late Great Planet Earth, in 1967, at a Campus Crusade for Christ conference at Arrowhead Springs, California. He was referring to the rapture of the Church. That was over 45 years ago but it still rings in my ears today, and I have been following bible prophecy ever since.  Sure enough, many of the indicators he mentioned have been fulfilled. It has been an exciting journey to see  prophecy unfold in my generation. None of the signs we are seeing today were evident in my younger years.

God’s word is true. It is inspired. There is a divine agenda and timeline. The next “era” on God’s calendar is the Tribulation Period-a time of seven years during which God will make Himself known to all humanity in supernatural acts of judgment. A leader will arise who will attract a huge international following. It will be the most terrifying time of testing and tribulation the world has ever known. God will have his “day in court” and all the world will be accountable to him, like it or not. It will also be the last chance to repent and turn to God.

Right now we are experiencing the preparation for this great drama. The props are being built, the characters are assuming their roles, the sets are being made, and the lights and sound effects are being programmed. So, just how close are we to the “opening of the curtain” to reveal the playing out of the Tribulation Period on the stage of life? However, it will not be an act; it will be the real thing. Are you ready for the action to begin?  God is giving warning signs all around us. When I heard Hal Lindsey speak 45 years ago the Tribulation was something in the future. We are now on the brink of seeing it begin.  Some think it has already started.

Some bible scholars have determined that a biblical generation can be up to 70 years. The way things are headed it appears that Hal Lindsey was right on track when he told me and several other thousand college students that we were the generation that would see this. Pre or post- Tribulation is not the point here because either way one looks at it, with the world situation being as it is, even adding seven years, the rapture could still easily occur within my generation. Matthew 24:37 says the end times will be like it was in the days of Noah. Genesis 6:5 and 11-13 records that before the judgment of the flood there was violence continually. A reading of the prophetic passages of Matthew 24 and Luke 21 is like watching today’s headlines.

In order for there to be a Tribulation Period four things are required: a third Jewish temple, elements to be used in temple worship, an unblemished red heifer for the sacrificial offering, and the antichrist. Funds are being raised to draw up plans for the temple. Elements are being completed by the Temple Institute. A red heifer was born in the United States last year which may turn out to be the “perfect sacrifice.”

What about the antichrist? (DISCLAIMER: I am not saying this person is the antichrist but only passing along information.) A charismatic leader was just elected prime minister of Greece. Alexis Tsipras came out of total obscurity. Not only is it his goal to fix the country’s broken economy, but he has also already formed an alliance with Russia and is talking with Pope Francis about a peace treaty between Israel and the Palestinians. It is also significant that Greece was initially part of the Roman Empire. Doesn’t this sound familiar with prophecy? “Even so, come, Lord Jesus.” (Revelation 22:20)

What is your initial response to what I just told you in reference to Alexis Tsipras? Why or why not do you believe that the rapture will happen in this generation?

John Livingston Clark is 67 years of age and lives in central Washington State. He has written two published books, and two published poems. His initial book is called, " God's Healing Hope: Breaking the Strongholds of Wrong Thinking." His second book, released in December of 2016, is a motivational book written to seniors titled, " Seniors: Are You Retiring or Recharging?" Both books are available on amazon. You can also view his writings on www.faithwriters.com. John is available to speak on a variety of topics. Visit me at jclarkministries.com
Previous An Inside Look at the War on Christians
Next In Harm’s Way: Should We Fight for our Brothers and Sisters in Christ?