Breaking News
Home / Featured / In Harm’s Way: Should We Fight for our Brothers and Sisters in Christ? 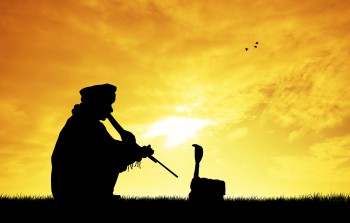 In Harm’s Way: Should We Fight for our Brothers and Sisters in Christ?

Who would put themselves in harm’s way to fight for their brothers and sisters in Christ? Veteran Jordan Matson would, that’s who.

As a nation, militarily, we have been fighting this “war on terror” for over twenty years. Our men and women in uniform have served honorably and achieved remarkable success in the past. Has that success been squandered?

Politically, there are differing schools of thought: Peace through strength, versus peace through negotiation. Engagement versus isolationism. Each has its place in the geopolitical world.  America, being the leader of the free world, feels a duty to give support to weaker nations in danger of tyranny and oppression. We cannot forget, however, that it is our own blood and treasure that we sacrifice when we come to the aid of other nations.

Some believe isolationism is the answer; we need to stay out of the conflicts that arise in other countries–unless it affects our national interest. There is much rhetoric about the war only being about oil. Perhaps for some it has been, and perhaps, to some degree, the stability of nations that supply oil to the world is a matter of national interest.

In light of the evil we see daily and the fact that, one by one, middle eastern nations are falling into the hands of terrorists, the debate over who wants to control the oil is irrelevant.

In 2015, we are seeing barbarism, the likes of which, we only read about in history books. These are not random “crazies” taken over by evil. On any given day, an individual can perpetrate an act of evil. Today however, there is an organized and ever-growing threat of evil whose goal is to establish a caliphate. A caliph is a civil and religious leader of a Muslim state considered to be a representative of Allah on earth.* A caliphate is the territorial jurisdiction of a caliph.*

Anyone professing any faith other than Islam must renounce it or face the consequences: imprisonment, slavery, or death. Another recently released video reveals the level of evil that we face. Twenty-one Coptic Christians in Egypt were simultaneously beheaded–simply for being Christians.

The persecuted church is on the rise. In America, it is only our religious liberties that are under attack, not our lives–for now.

Christian U.S. veteran, Jordon Matson, decided that he will be the one to fight alongside the Kurds to defeat this evil. He will be the one brave enough to look at the persecution instead of the politics. He is standing and facing the danger with them, because that is what he believes is the right thing to do.

With “Christ is Lord” on his “breastplate” (his vest), he does not face this enemy alone.

Many may believe that war is un-Christian. Jesus said his Kingdom is not of this world. He chastised Peter when he sliced off the ear of the Roman soldier.

We are in this world. We are His ambassadors. We are His army. He warned us that we, like Him, will be persecuted for His name’s sake. He came to save the world from sin by changing the hearts of man.

Matthew 10:16 says, “Listen, I am sending you out like sheep among wolves. So be as clever as snakes and as innocent as doves.”

We are incapable of changing hearts. We are to communicate His love to those whose hearts are open. Can we communicate His Amazing Love if there are not some willing to fight those who would choose to silence the message?

We are called to share the love of Christ and to proclaim His name.

Do you believe He calls some to fight so we are free to proclaim, “Christ is Lord!”?

Melinda is currently the worship leader at her small church in rural America. Married for 23 years, she and her husband Larry have one son. She is the Director of Mailing in the print/mailing industry by day and freelance author by night. Her desire to write is a passion borne from tragedy. God used it to take her faith to a much deeper level. Melinda is a freelance writer and member of FaithWriters. She joined the TBL team in March 2014. Believing we are citizens of a greater ‘kingdom,’ her articles for The Bottom Line examine governmental responsibility, citizen involvement and current political topics. With the great wisdom contained in scripture as her guide, she looks at today’s political environment from a Biblical perspective. She prays her words will prompt the reader to view citizenship - and every aspect of their life, through the eyes of faith. Col 3:17 To read more of Melinda’s writings on her faith, hope, and life visit her blog Still Living Still Loving or her page at Faithwriters.com. You can also follow her on Twitter @MKZbk.
@@MKBzk
Previous How Close Are We To The Tribulation And Rapture?
Next Unforgiveness Brings Demonic Torment