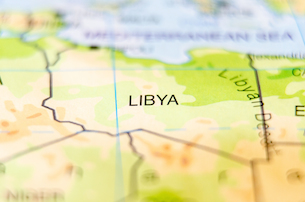 An Inside Look at the War on Christians

Dr. Ashraf Ramelah, originally from Egypt but now residing in Italy and the United States, knows a bit about the crisis in the Middle East and its “war” on Christians in the region.  Ramelah is the director of Voice of The Copts (www.voiceofthecopts.org), an organization that has been spreading the news about persecution against Orthodox Christians (Coptics) for several years.  The well-traveled Coptic has spoken in front of the National Press Club, the Canadian Parliament and elsewhere.

“The United States, and Obama’s policies, has in many ways created the current mess in Libya and Egypt,” declared Ramelah.  “And now the recent airstrikes by the Egyptian leadership are showing and proving that other nations–including Jordan–are now doing the dirty work of the USA.”

Twenty-one Egyptian Christians were systematically beheaded (on video) over the weekend, by an ISIS-inspired group in chaotic Libya.  During the video, there were direct overtones that illustrate that this group, or the larger ISIS, is soon headed to Rome.  A terror attack on Rome, the visible/historic seat of Christianity, would clarify one of the key goals of Islamic militants–to eradicate (or convert) Christians throughout the world.

Muslims amount to approximately 1.6 billion in total world population, but the key question remains:  How many are “militant” or jihadists?  According to Dr. Ramelah, “I estimate that between 20% – 25% of the Egyptian Muslim population are either themselves jihadists or sympathetic of jihad.  And I’m assuming that is similar in other Muslim countries.”  This is just one man’s non-scientific opinion and anecdote, but it is very startling.  It underscores that the problem is not just those that would physically fight in jihad, but rather, all those who support those atrocious actions.

The recent inside-scoop in Ramelah’s second home of Italy, is that some in the country’s leadership realize they must truly protect their southern borders however necessary.  Some militant Libyans are stating that soon they will send several thousand to the southern shores of Italy to “immigrate”–and these persons will then cause harm to Rome and other areas.  Some Italians now fear this pending “immigration” is actually an INVASION.

These are troubling times for the USA, and for Christians worldwide.  What will tomorrow hold?  Who will lead America to combat the ISIS expansion?  Are you truly worried about this threat coming to American shores, or is that highly unlikely in your eyes?

Ken Lambert, D.Min, lives with his wife and twin boys in southern New Hampshire, and has written for a variety of religious and secular publications. He is co-author of Top Ten Most Influential Christians- since the Apostles, and is an adjunct instructor for Agape Seminary (Church History, Wisdom Books).
Previous Exchange Winter Weariness for Crystal Treasures
Next How Close Are We To The Tribulation And Rapture?