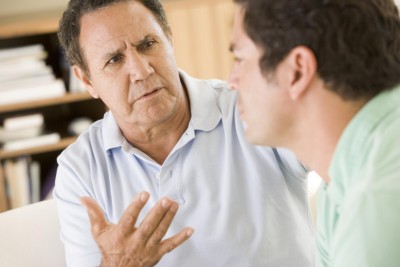 How To Tell Someone The Gospel In 5 Minutes Or Less

When I explain the Gospel to someone, I hit on three different questions:

By going through those three questions I can explain the Gospel to someone in under 5 minutes, which unfortunately is necessary today with the average person being in a rush to go do something or having an attention span that is very limited.

I follow a basic script and shape it to suit the person I’m talking to, I start with what is wrong with the world, it goes something like this:

“Have you ever noticed how broken the world is? It is full of pain, evil, poverty and broken relationships. We often try and escape it in various ways, by using either vice and virtue we all seek to find a way out of this broken world. Some of us turn to sex, drugs or alcohol, others seek to make the world a better place by trying to fix the problems by doing charity work, or going into politics or pouring everything into relationships. Yet after the party is over, after the last of the food has been given to the hungry, after the election, the world remains as broken as ever, nothing we do fixes it.”

I then move on to the second question: why is the world this way?

“It was not always like this, once we had a whole and pain free world. It was a time we walked in perfect relationship with God, but we disobeyed Him, we broke His law which is love and we fell out of that perfect relationship. Since that time, we have been a broken people who have been trying to escape the pain and evil our brokenness causes.”

Then I move on to the third question: how can what is wrong be made right?

“We broke the law of God and God being perfect and just, needs to punish us, but we cannot endure that punishment which is death. So God in His mercy sent His only begotten Son Jesus Christ to take the punishment for us. On the cross He took all of our sin upon Himself and He endured the full punishment we deserve. When we come to Jesus in faith and repent of our sins, His righteous life is credited to us and our sins to Him, so that when God looks upon us, He sees only the righteous life of Jesus Christ. It is through this sacrifice that we are brought back into relationship with God, with our sins forgiven, we can again build a relationship with God and through this relationship we heal this broken world.”

You probably noticed that I did not use scripture in those scripts, that is because I am trying to convey the Gospel in the simplest terms possible and in as condensed a manner as possible. I use the Bible to respond to questions and elaborate on parts that interest the person. Plus, I find that if I whip out the Bible and start throwing verses at them, it drags the conversation on longer by having to stop and explain what the verses mean, which can be a good thing if they are questioning things, but in today’s culture, people are in such a rush they want everything in short sound bites, they also tend to lose interest fast if they don’t understand theological concepts being described with scripture.

There is a limited window of opportunity to tell someone the Good News, especially if they are strangers on the bus or on the street corner, so keeping it simple and easy to understand is the best approach for those types of situations.  It is also a good starting point for closer encounters such as with family, coworkers and friends.

Jesus commanded us to go and spread the Gospel to the farthest reaches of the earth, are you doing your part? When and where will you start?

Jonathan Kotyk is a student, self taught philosopher, recovering addict and born again Christian. He has spent time on both the far Left and Far Right side of the political spectrum and lives in Canada.
Previous We Can Be the Change?
Next The Legacy You Choose