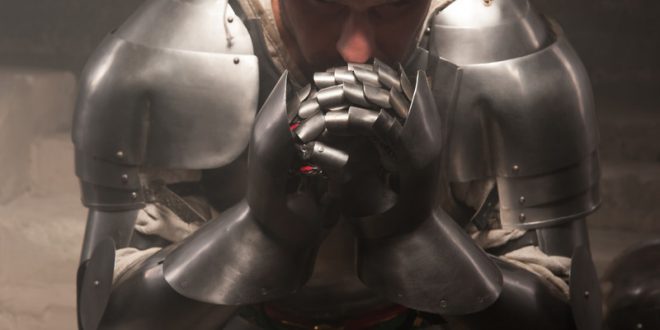 The Legacy You Choose

Something that has been on my mind a lot lately is the motivation people have for choosing a particular path. Our “legacy” is very important because it’s not just about us, but others as well. When you pass on into the heavens, how do you want to be remembered? What impact do you want to have on those who will remember you and your actions? These are important questions we should all be asking ourselves, because our legacy isn’t just who we are, but who we help others become.

One of the greatest driving factors in our society is the ability to make our own choices. The very word “freedom” implies that we have a great opportunity to make important choices about who we are and how we want to integrate ourselves with others. When we make good choices and follow a straight and narrow path, we’re going to leave a positive mark in this world. Who wants to be remembered as a thug or a criminal? Most of us would prefer to be known as a knight, a saint, or a superhero. We want to be that guy or gal that people look at and think we have our head on straight. Don’t believe me? Just go to a movie theater and see who the patrons are cheering on to victory. It probably isn’t the diabolical villain, but rather the hero who puts it all out there, does his or her best to impact the world, and maybe even learns a lesson or two in the process.

One thing that strikes me is that Lucifer was created according to God’s perfect plan. So what went wrong? Now I really want you to grasp what I’m getting at, so I’m going to take this deeper. Lucifer was probably much like other angels in a lot of ways. He experienced aspects of worship, ministry, and unimaginable love from God. The thing is, he made a choice and created an unfortunate legacy for himself. Instead of favor, his own heart was consumed by pride and he undermined God’s sovereignty (Isa 14:14), which separated him from God’s shield of omnipotence and grace. He went from a community of love to a war in heaven with those who he experienced life with (Rev 12:7). I will tell you that everything has consequence and there are both good and bad consequences. One of the amazing things about God is that even though Lucifer became an “adversary”, which is what Satan means, God still humored him and communicated with him very directly at times. Just think, he was allowed to approach God’s throne over Job (Job 1:6-12) and we all know about Jesus being tempted and challenged by the devil in the wilderness (Matt 4:1-11).

The thing we need to observe here is that Satan chose a path, and I think any rational thinking creature would not want to be marked with his legacy. He became the villain of all villains and imitating him will only take someone down the same path of destruction. This is not the legacy we want.

So how do we have a strong and meaningful legacy? Well, you have got to be able to divide truth from fairy tale, and the greatest weapon for dividing fact from fiction is God’s Word (Heb 4:12). The Word is so powerful because it’s the very essence of who God is. In the book of John, the Word is even put on an equal plane with God (John 1:1,14). That’s because what we believe and share with others is very much a part of who we are. If I say something and I live consistently with what I have said, I will become credible. If I say one thing and then deviate to something else, I become like the crashing wave and no sane person will take me seriously (James 1:6). If you build yourself up on the principles found within the Bible, your legacy will be on point with God’s will, and you will develop strength in it. That sound foundation will hold you. This is why Jesus was easily able to deter the devil’s attacks in the wilderness. Every time the devil tried to attack, the Lord corrected him using His own Word (Matt 4:4,6,10). There was nothing Satan could do because the truth was too powerful and he had no valid argument. That is how we take on life. We use the word and we act with honor and truth. This keeps you aligned with God, and anybody challenging you would have to take on God as well, since He’s the one who spoke His Word first and nobody can bring a valid charge against God.

One day we will all pass on, but that doesn’t mean we have faded away. We live on in the hearts and memories of others. What we know and share, others will know as well and experience life in a similar fashion. So live with purpose and in truth so that others can follow in your footsteps. Death is not a dead end. Jesus proved this multiple times. He permanently defeated death on the cross and showed that life is where it’s at (Rom 6:9). Live in His footsteps and create a legacy that will live thrive in generations to come. Thank you from reading and God bless.

How do you want to be remembered by the younger generations?

What are some things you can do to establish a more meaningful legacy for those you care about?

Joel M. Bauer is a 45-year-old U.S. Army Veteran from Dunn, NC, which is just outside of Raleigh. After being honorably discharged from the U.S. Army, he attended school at Taylor University, a Christian liberal arts school, in Fort Wayne, IN, where he received his BS in social work and psychology. He has worked in such places as a homeless shelter, a community based treatment center for severe mental illnesses, a school for troubled students, and other social service agencies. His current endeavor is to build The Bottom Line website into a site that inspires both Christians and non-Christians alike, and brings glory to God.
Previous How To Tell Someone The Gospel In 5 Minutes Or Less
Next Eight Ways To Be A Standout Christian In A Culture Gone Mad