Breaking News
Home / Faith / I Don’t Think I Can 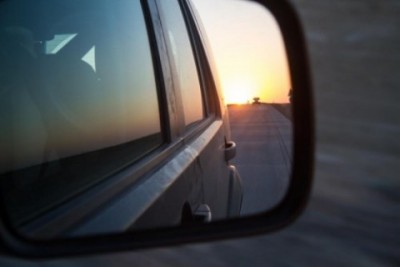 I Don’t Think I Can

Forgiveness. One simple word that people readily accept with open arms or maybe it sends fear up someone’s spine. Whether you believe or not, we are all called to forgive.

“For if you forgive men their trespasses, your heavenly Father will also forgive you. (Matthew 6:14) But if you do not forgive, neither will your Father in heaven forgive your trespasses. (Mark 11:26)

Sometimes unforgivness is like a backpack full of stones weighing us down. Stones such as: regret, hurt, broken hearted, or sorrow. When left as a burden to carry, unforgivness can turn to bitterness and a hardened heart. Adrian Rogers once said “Bitterness is the acid that destroys its own container” In other words, when never dealt with properly, it can cause an internal meltdown.

You know you have seen unforgivness. It harbors itself into various forms such as a Negative Nilly (As I tell my son) or a Grumpy Old Man. Even their body is shaped in the same form as their bitterness. Crouched over, turned within itself.

I know that forgiveness is not an easy decision to make nor is it an easy task to complete. Yet, we must.

The opportunity to forgive is freeing to the soul! Not only have you thrown the stones out of the bag, you have opened your heart to receive God’s healing grace.

“If we confess our sins, He is faithful and just to forgive us our sins and to cleanse us from all unrighteousness” (1John 1:9)

I must clarify that forgiveness does not say forgetfulness. The two words are not a requirement of one another. For example, if you were hurt physically or mentally by someone, you do not have to forget what they did, but you do need to forgive them for what was done. I did not say the task would be easy, but when you call upon the strength of God and His son, all things are possible even forgiveness of your most unforgiveable nightmare.

Father, I pray for those with hurting and bitter hearts. Hearts that are full of regrets, past pains, fallen mistakes, and brokeness. I pray that you would give them the strength to forgive whoever or whatever that is keeping them from living in the freedom that you offer. May they have Your strength to forgive and be released from the chains and burdens of an unforgiving heart. May you work healing and restoration into their souls and set the free from their own unforgiveness. In Jesus name.

is an author and editor for The Bottom Line Ministries as well as a member of Faith Writers. Currently she teaches high school language arts. She is a mom to four amazing blessings and enjoys every moment life has to offer. Renee has a fervor and drive to learn, she loves to read and spend time with her family, and is involved with her local church ministries. Humbled by God’s gift of words, she has a passion to write what the Holy Spirit has placed in her heart. She hopes to publish her in-progress book someday, but in the meantime, is honored to be placed as part of the TBL writing family and is holding on to the ride wherever God is leading. Renee and her family reside in their country home in Holland, Iowa.
Previous Our Hope: The Sands of Time
Next Was Job a Real Person?