Breaking News
Home / Faith / Ignatius: “Allow me to be eaten by the beasts…” 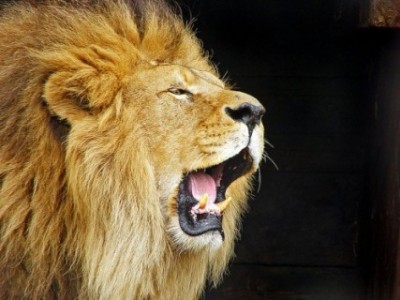 Ignatius: “Allow me to be eaten by the beasts…”

Ignatius of Antioch, called Saint Ignatius by Catholics and some other groups, lived in the 1st and second century, dying via slaughter by wild beasts in a Roman amphitheater.  He was subjected to death by the Roman emperor, for his crime of living a distinctive and influential Christian life.  Ignatius was the 3rd bishop of Antioch, which was founded by the Apostle Peter following the death and resurrection of Christ.   Ignatius is known as an “apostolic father”, as he is said to have heard and learned directly from an Apostle.  In his case, it was the Apostle John.  He is said to have died in 107 A.D., which is not long after the death of the last Apostles Simon and John, and only about 20 years after the death of the Apostle Andrew.

On his journey to death Ignatius wrote a number of letters to various groups and churches that were important to him.  In these letters we can appreciate the wisdom and faith of this early Christian leader.  We also can understand more fully the manner in which the very early Christian church was administered.  The following are a small sample of Ignatius’ thoughts as he awaited his meeting with his Maker:

“It is absurd to have Jesus Christ on the lips and at the same time to practice Judaism.  Christianity did not base its faith in Judaism, but Judaism on Christianity, in which every tongue believing in God is brought together.”  -Letter to the Magnesians

“In like manner let everyone respect the deacons as they would respect Jesus Christ, and just as they respect the bishop as a type of the Father, and the presbyters (priests) as the council of God and college of the Apostles.  Without these, it cannot be called a Church.” – Letter to the Trallians

“I am writing to all the Churches and I enjoin all, that I am dying willingly for God’s sake, if only you do not prevent it.  I beg of you, do not do me an untimely kindness.  Allow me to be eaten by the beasts, which are my way of reaching God.  I am God’s wheat, and I am to be ground by the teeth of wild beasts, so that I may become the pure bread of Christ.”  – Letter to the Romans

“I did my best as a man devoted to unity.  But where there is division and anger, God does not dwell…. I beseech you, therefore, do nothing in a spirit of division, but act according to Christian teaching.”  – Letter to the Philadelphians

His devotion to Christ is evident, though not all Christians will agree with all of his stances on certain issues.  Ignatius, though respected, was not an Apostle and his writings are not God-inspired.  They are thoughts of a holy man who had his own opinions about how things should be handled, and there is a possibility that he was in error in some of his interpretations.  However, all Christians should take some time to read and appreciate a courageous man like Ignatius.  What might you learn in doing so?

Ken Lambert, D.Min, lives with his wife and twin boys in southern New Hampshire, and has written for a variety of religious and secular publications. He is co-author of Top Ten Most Influential Christians- since the Apostles, and is an adjunct instructor for Agape Seminary (Church History, Wisdom Books).
Previous More Terrorism-Coming Soon To A City Near You?
Next How Faith Inspired Selma: A Movie Review